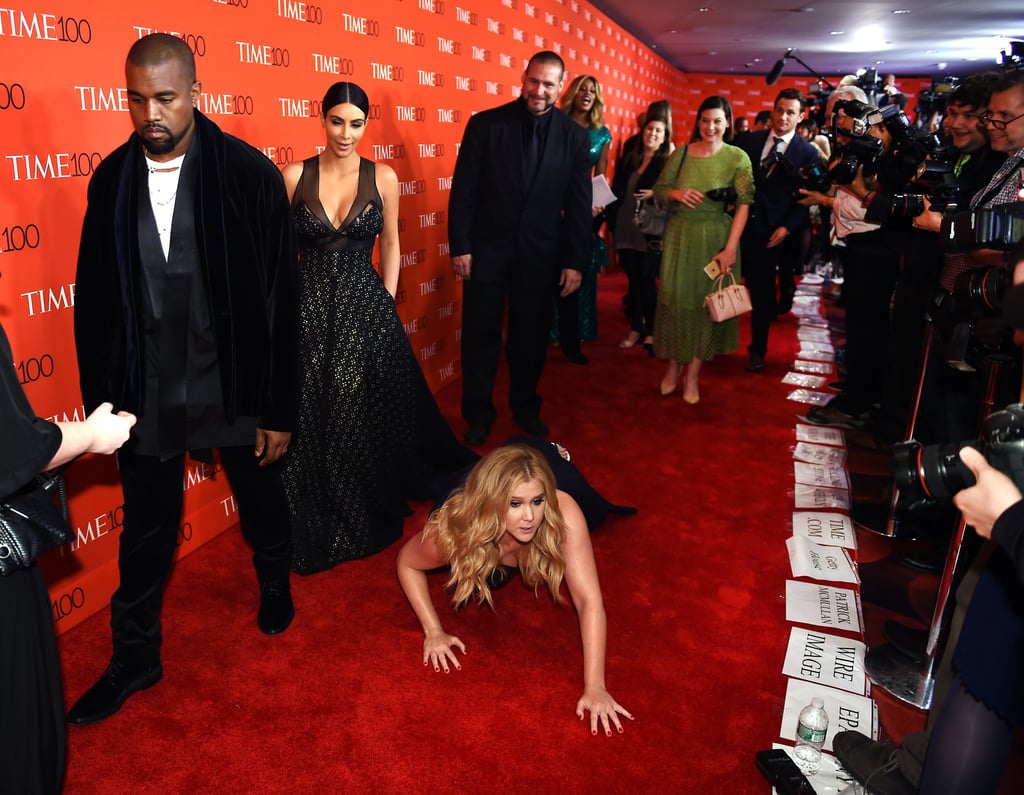 Amy Schumer Pranks Kim and Kanye on the Red Carpet

The Time 100 Gala was far from Kim Kardashian and Kanye West's typical red carpet event. On Tuesday, the couple dressed to the nines for their big arrival, only to be pranked by comedian Amy Schumer. According to reports, Amy intentionally dove in front of the pair. Pictures of the incident show Amy with her face on the carpet, looking around and acting surprised. Kim managed a smile at one point, while Kanye's signature unimpressed face was front and center throughout. However, the prank didn't stop Kim from linking up with Amy inside the gala and posing for snaps. The star-studded event comes less than a week since Time announced its annual list of the most influential people in the world. While both Kim and Kanye are on the list, the musician was the one chosen to grace one of the covers.

Adele
Adele and Rich Paul Are "Very Happy" in Love — See Their Cutest Moments!
by Monica Sisavat 11 hours ago