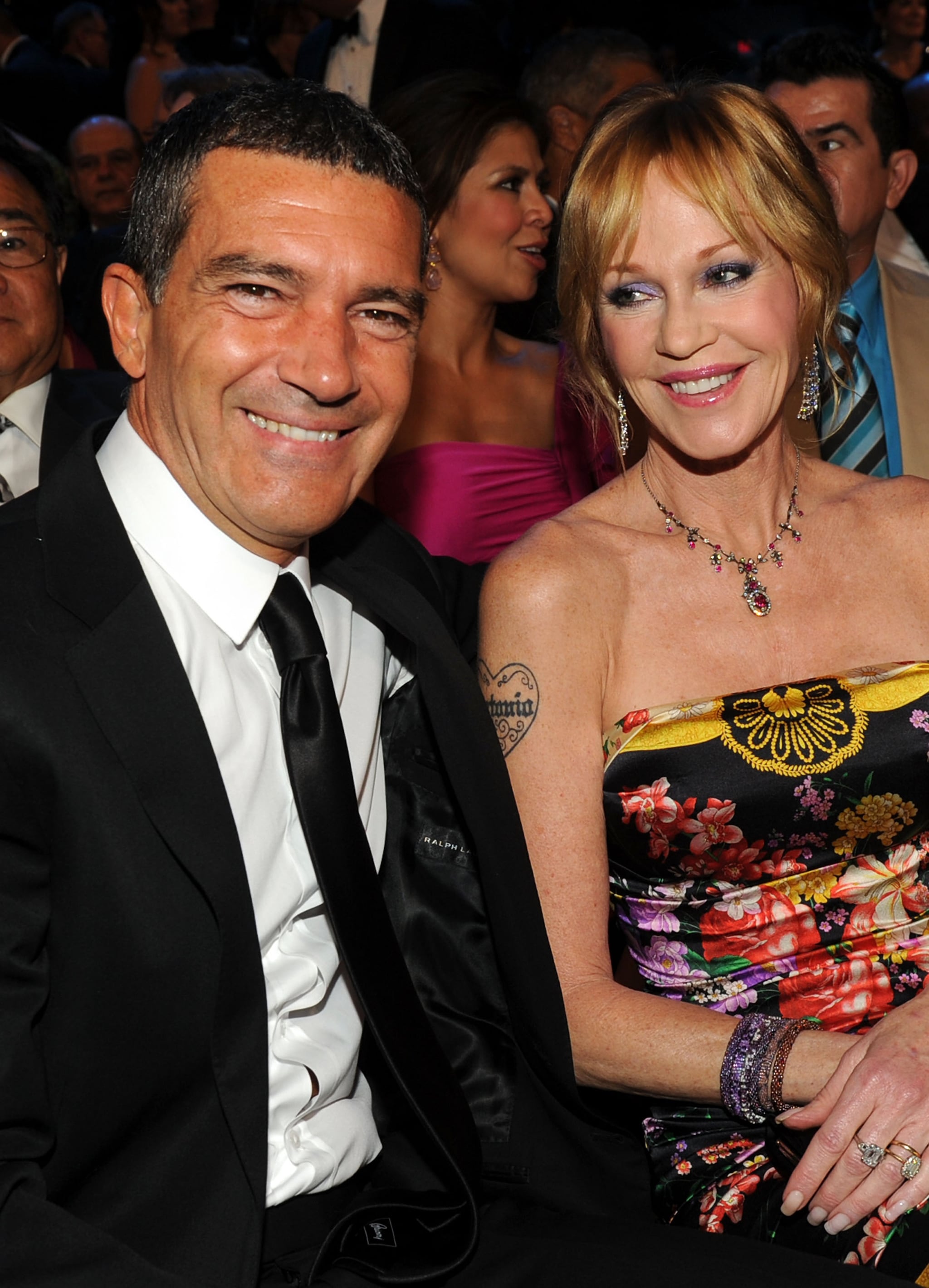 A few years after his divorce from Melanie Griffith, Antonio Banderas is opening up about his unending love for her. In a recent interview with People, the 57-year-old actor implied that his divorce has not diminished his affection for the 60-year-old actress. "Even if we are divorced, she is my family and I will love her until the day I die," he said. "We have been in contact all these years and we managed to do a separation that is very elegant."

Antonio and Melanie met and began dating after filming Two Much in 1995. They married the following year and share a 21-year-old daughter together, Stella del Carmen Banderas, in addition to Melanie's two children from previous marriages, Dakota Johnson and Alexander Griffith Bauer.