The world can't get enough of Ariana Grande right now, with very good reason. Not only is she burning up the charts, she's also ruling the late-night circuit — if you haven't seen her Carpool Karaoke yet, go and watch it now! Shortly after the release of her new album Sweetener, she stopped by The Tonight Show Starring Jimmy Fallon to have a mini listening party featuring a few tracks from the album. She discussed her favorite songs and gave the audience a little live snippet of "R.E.M.," as well as sharing the story behind "Breathin," which is about her struggles with anxiety.

But Ariana didn't just give us viewers an album party: she also spoke about her relationship with fiancé Pete Davidson. Her new album has a song named "pete davidson" and the 25-year-old said she wrote the song just a week after the pair started hanging out. Much like Pete's interview with GQ, Ariana also told Jimmy that she had the "biggest crush on him" when they first met on Saturday Night Live, years before they actually began dating. She says she knew she'd be "marrying him, 100 percent." Watch the full video to hear Ariana tell the story for herself.

Justin Bieber
Justin Bieber and James Corden's "Spill Your Guts" Game Took So Many Turns, We Have Whiplash
by Brea Cubit 2 days ago 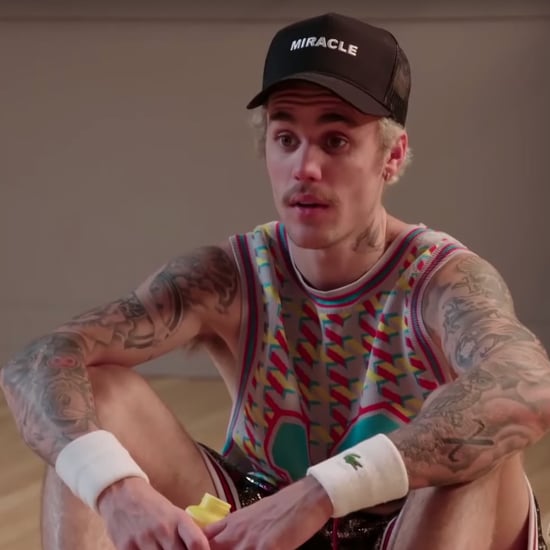 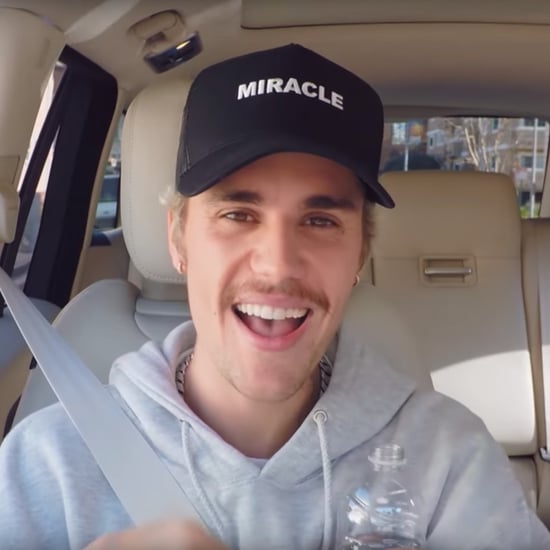 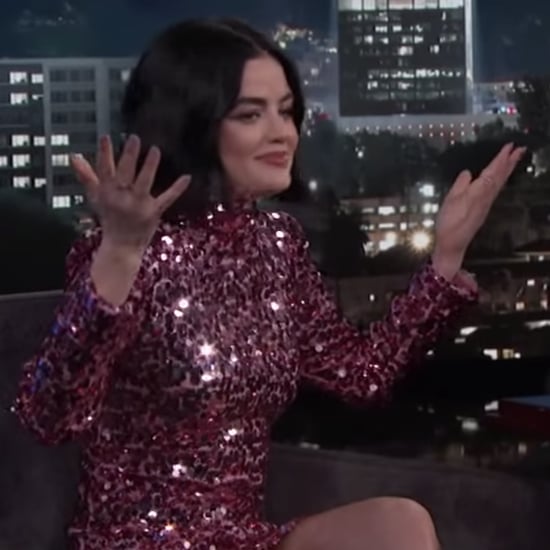