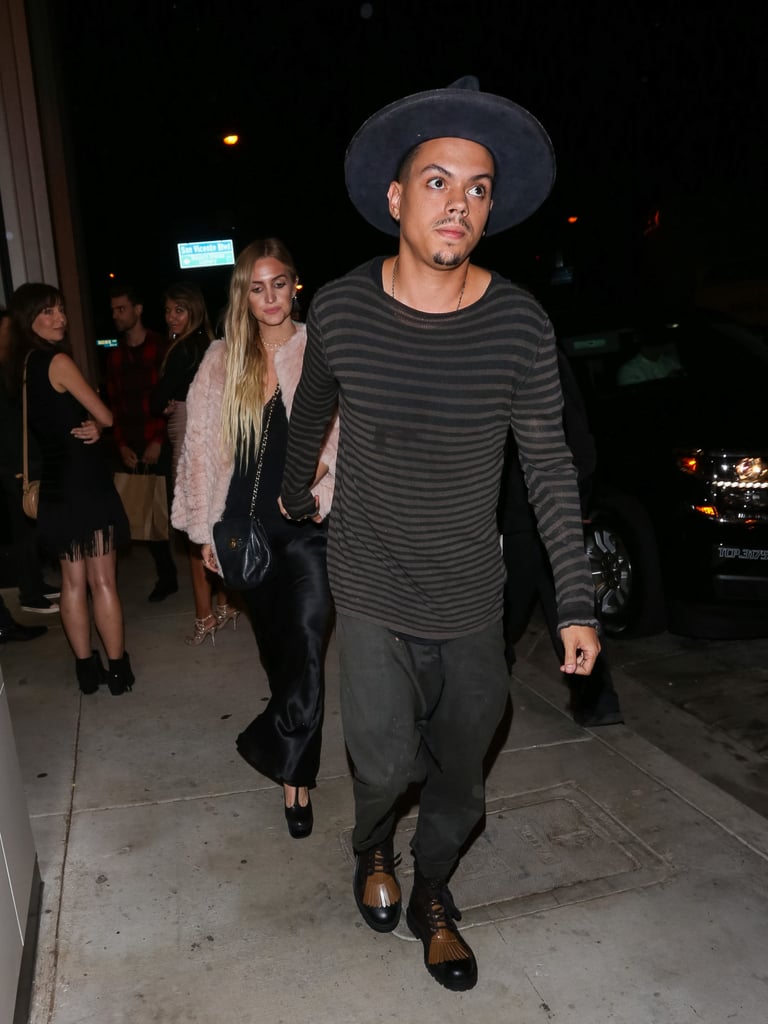 After ringing in her 32nd birthday on Oct. 3, Ashlee Simpson was spotted out and about in LA with husband Evan Ross on Friday night. Ashlee showed off her bohemian style in a pink fur coat and black slip dress, while Evan did the same in a striped shirt and black wide-brim hat. Although the lovebirds kept the PDA to a minimum, Evan did hold on to Ashlee's hand as he led the way for her on the sidewalk. This is just the latest we've seen of the pair since they attended a store opening in Beverly Hills with Evan's sister, Tracee Ellis Ross, on Thursday, though the couple is constantly sharing sweet Instagram photos of their daughter, Jagger Snow Ross.

Megan Fox
Megan Fox Compares MGK Romance to "Being in Love With a Tsunami," and I'm Sorry, What?
by Monica Sisavat 5 days ago