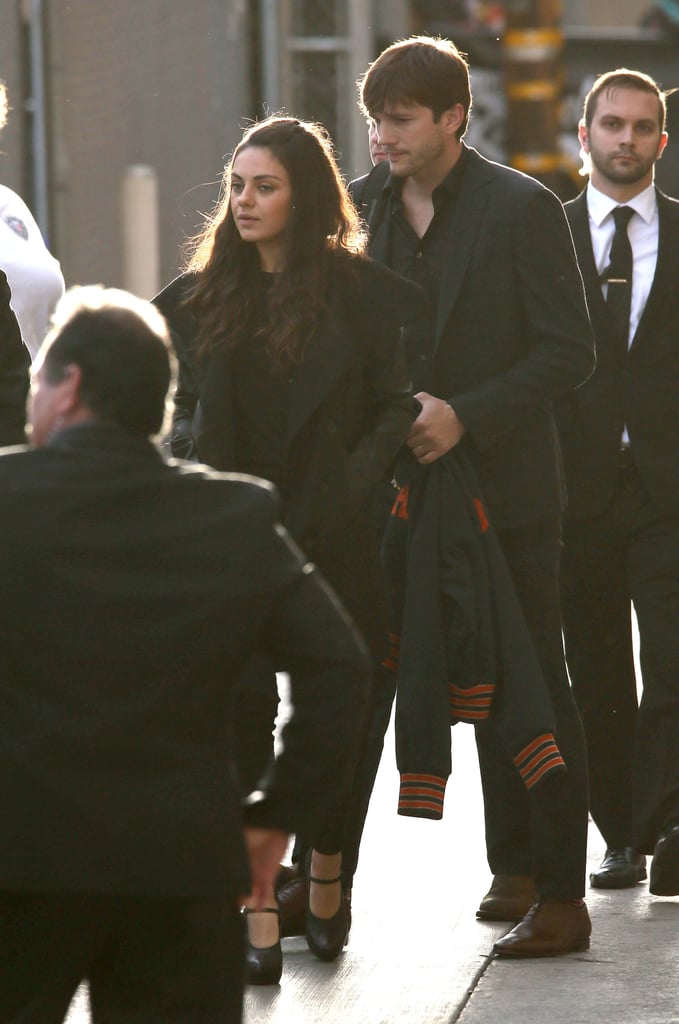 Even with their own busy schedules, Ashton Kutcher and Mila Kunis still find time for each other. The actress showed support for her husband on Monday when she accompanied him to his appearance on Jimmy Kimmel Live in LA. Ashton, who opened up about their daughter, Wyatt, on the show, kept Mila close as they made their way to the late-night set. The two may be one of the sweetest couples in Hollywood, but they are also pretty private about their personal life, which makes this rare public outing together that much sweeter. Keep scrolling for more pictures from their latest appearance, and then check out their best snaps together on social media.