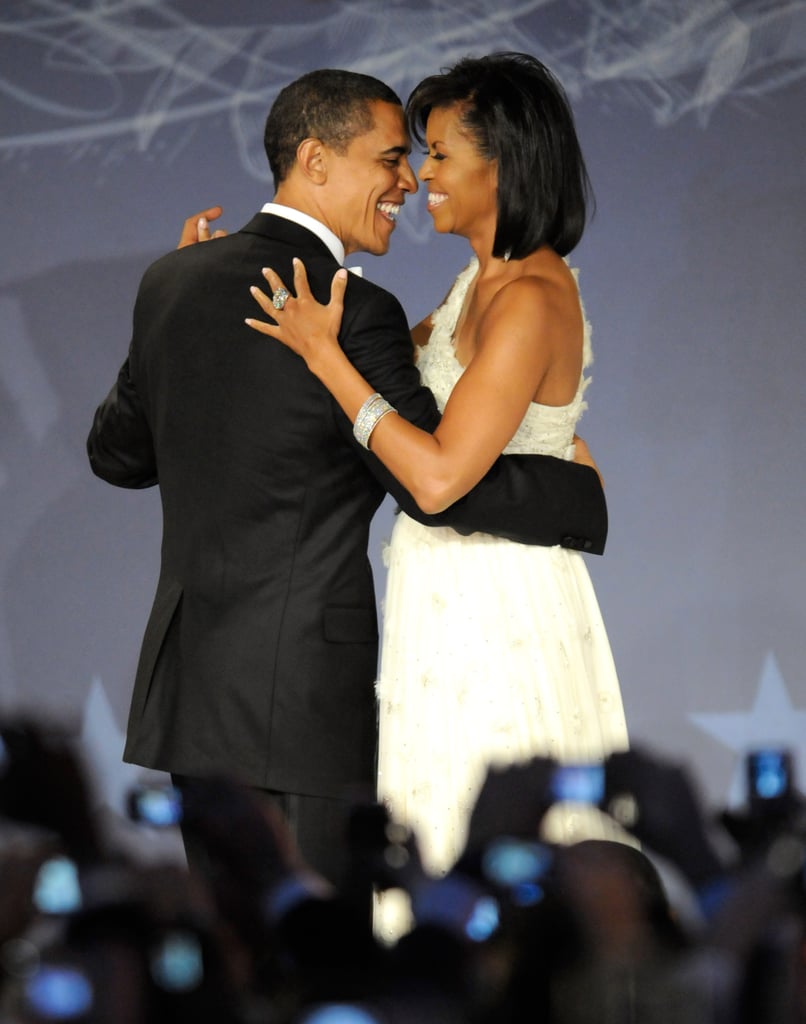 Barack and Michelle Obama first began dating back in 1989 — a film about their first date, Southside With You, hit theaters in 2016 — and we've gotten to see plenty of heartwarming moments between the first couple since they entered the White House nearly eight years ago. Whether they're holding hands during public appearances or embarrassing daughters Malia and Sasha by stealing a smooch, Michelle and Barack have set a standard for presidential couples to come — and reminded us what "family values" actually looks like.