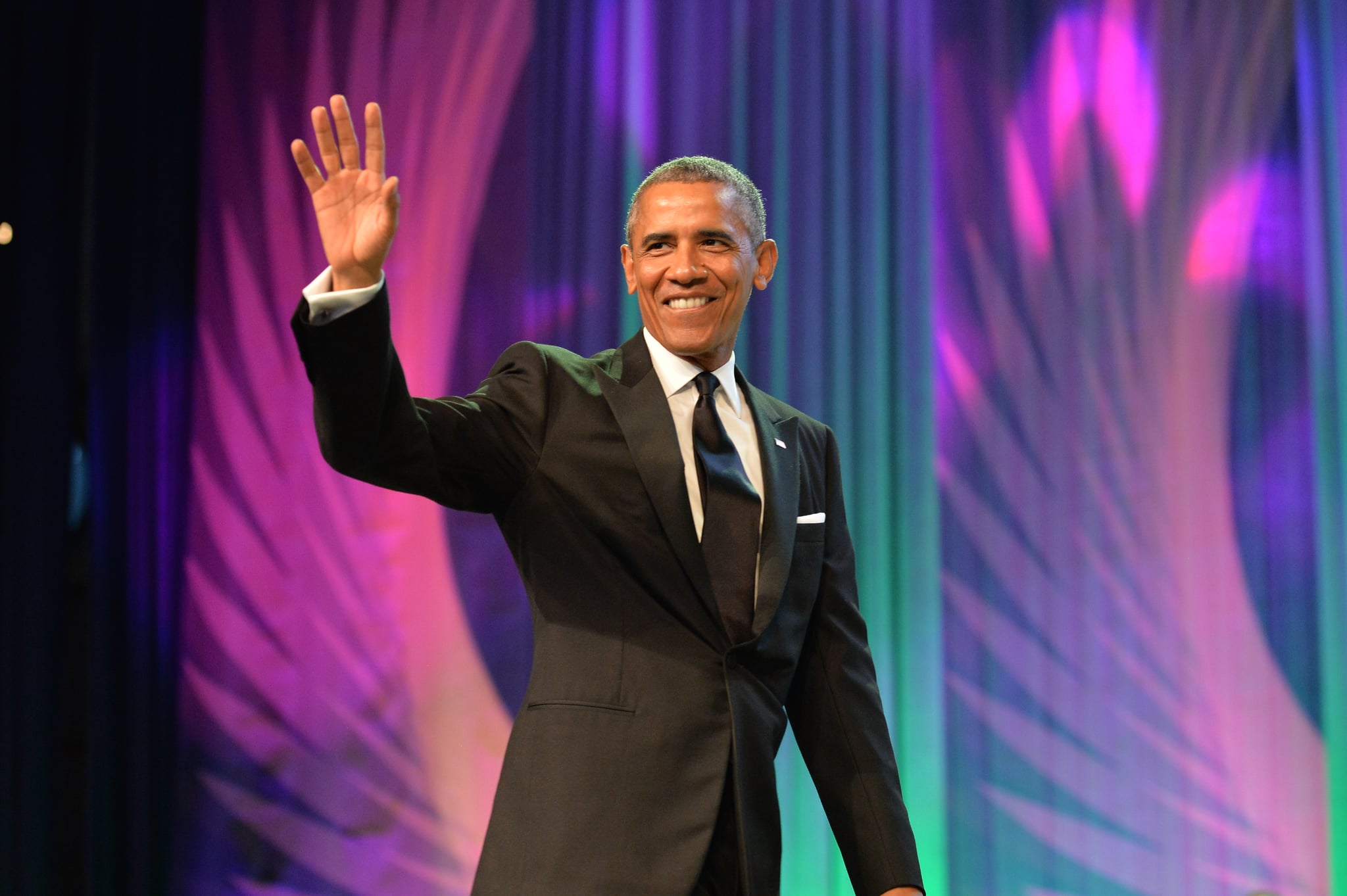 Barack Obama covers Out magazine's annual Out100 issue, becoming the first sitting president ever to do so. He was named as ally of the year, joining a list of influential LGBT rights supporters that includes Caitlyn Jenner, Abby Wambach, and Cynthia Nixon. The president earned the coveted spot thanks to his marriage-equality efforts (most notably this year's Supreme Court ruling making it unconstitutional to deny same-sex couples the right to wed) and championing important legislation like the repeal of "don't ask, don't tell," the Hate Crimes Prevention Act, and prohibiting federal contractors from sexual-orientation and gender-identity discrimination.

Obama gave a candid interview to the publication, touching on everything from the first gay person to influence his life to how his daughters, Malia and Sasha, handle discrimination. He also has some advice for "the Kim Davises of America." Keep reading for the best quotes from President Obama's interview, then read even more highlights over at Out.

Justin Bieber
Justin Bieber and James Corden's "Spill Your Guts" Game Took So Many Turns, We Have Whiplash
by Brea Cubit 9 hours ago

Camila Cabello
Camila Cabello Chats About Cinderella, Romance, and Her Dog in Charming Interview
by Chanel Vargas 1 day ago

The Weeknd
The Weeknd Talks New Album in Rare Interview: "I Get to Explore a Different Side of Me"
by Monica Sisavat 1 day ago

Zoey Deutch
Zoey Deutch Discusses the Nuances of Her Film Buffaloed: "It's a Funny and Poignant Story"
by Brea Cubit 6 days ago

Justin Bieber
Justin Bieber Tearfully Talks About Supporting Billie Eilish: "She Can Count on Me"
by Brea Cubit 6 days ago