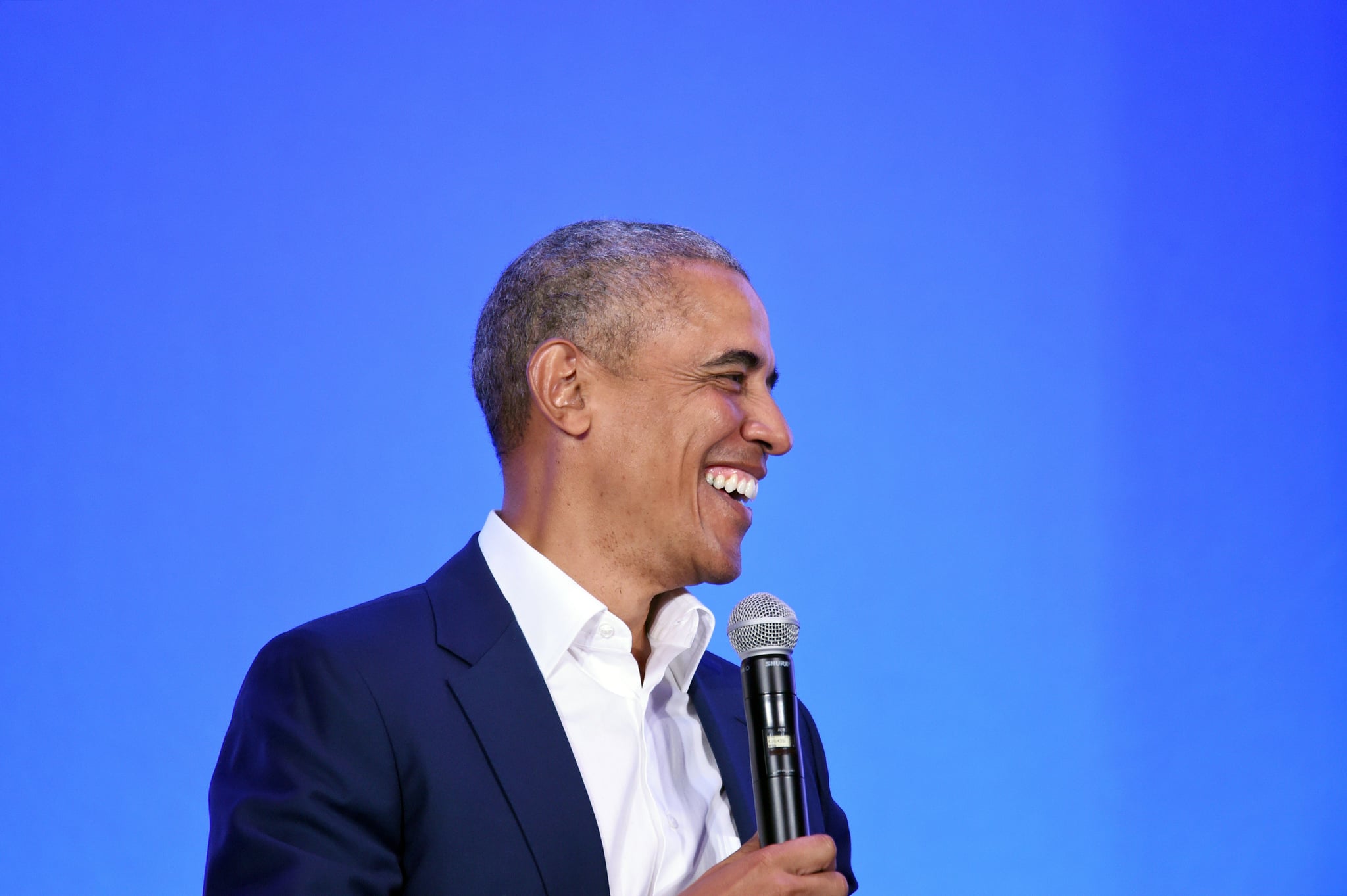 Once again, Barack Obama is making my heart soar with his love for Michelle. As one of the cutest celebrity couples by far, the former president and first lady are regularly trading sweet messages on social media and giving each other loving shout-outs. That's why it's no surprise (but still absurdly cute) that Barack referenced Michelle as soon as he started his remarks at a leadership forum in Oakland, CA, on Feb. 19.

Barack and NBA player Steph Curry teamed up for an event marking the fifth anniversary of the My Brother's Keeper Alliance, which was created to mentor young men of color. Barack introduced himself not as the 44th president or by his accomplishments, but as "Michelle's husband." He proceeded to call Steph "Ayesha's husband." Aw!

During his remarks on Tuesday, Barack encouraged young men to see past the culture of toxic masculinity that's so prevalent today. "If you are really confident about your financial situation, you're probably not going to be wearing an eight-pound chain around your neck," he said. "If you're very confident about your sexuality, you don't have to have eight women around you twerking."

"'Cause I've got one woman who I'm very happy with. And she's a strong woman," Barack continued. It's hard to deny that these two have a lot of love and respect for each other.