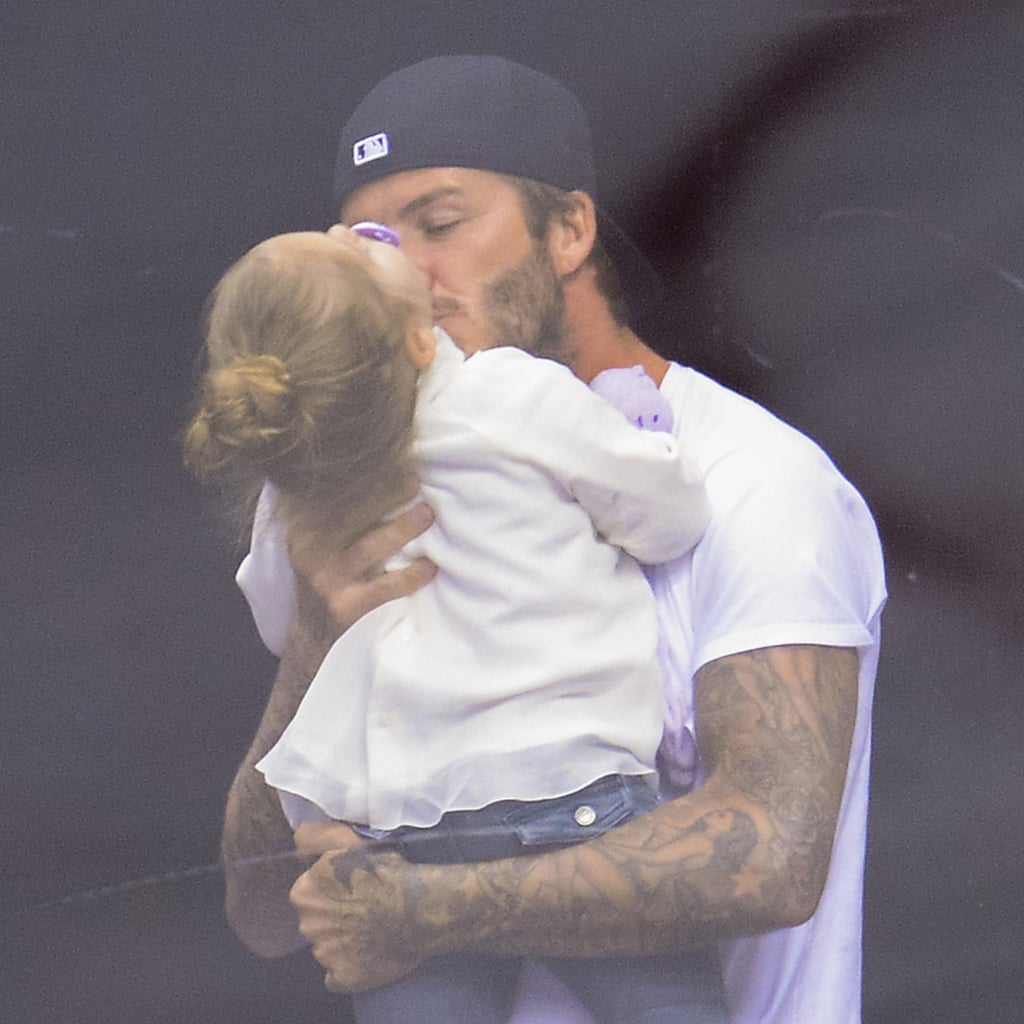 The Beckhams Are the Most Adorable Hockey Fans

The Beckham family popped up at the Staples Center in LA on Saturday to check out the Los Angeles Kings take on the Anaheim Ducks. While the Kings lost to the visiting team, the game was still a winner in our eyes, since it brought out the adorable Beckham six. David and Victoria sat in the stands with their kids, Brooklyn, Romeo, Cruz, and Harper, and showed lots of love in between plays. David nearly re-created his sweet 2013 kiss cam moment with Harper by picking her up and showing her affection, while Victoria wrapped her arms around her sons as they cheered on the home team. The whole crew is back in LA for the time being, apparently soaking up the sun in Malibu. Victoria tweeted on Monday that they had a "fun day surfing in Malibu!"

Kat Dennings
Kat Dennings's Engagement Ring Is Simply Perfect, as Is Her Caption: "Don't Mind If I Do"
by Kelsey Garcia 3 hours ago