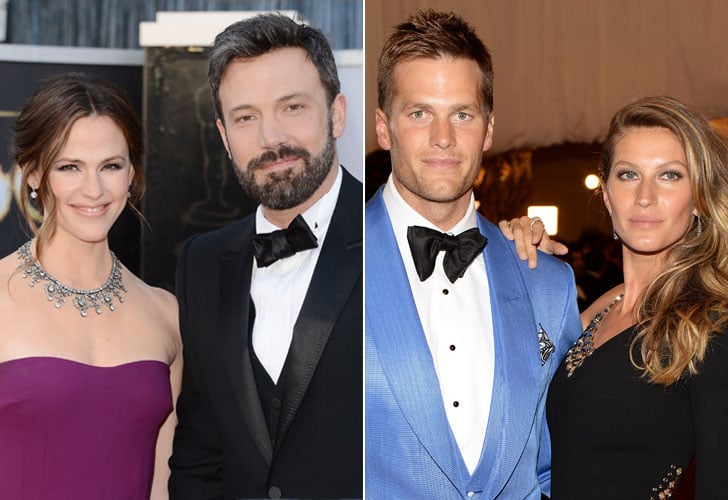 Nannygate appears to be far, far behind Ben Affleck, Jennifer Garner, Tom Brady, and Gisele Bündchen, who were spotted vacationing together in Big Sky, MT, on Monday. Page Six reports the two famous couples were in good spirits as they hit the slopes and later shut down one of Yellowstone Club's resort bars as they had drinks and nachos (yes, even Gisele) late into the night with their kids in tow.

Ben, Jen, Tom, and Gisele originally found themselves wrapped up in scandal when news of Ben's rumored affair with his nanny, Christine Ouzounian, surfaced in July. She had also posted a photo to Instagram that showed her wearing Tom's Super Bowl rings on a trip to a charity poker tournament in Las Vegas with Ben and Tom in August. Ben and Jen announced their divorce soon after, and the whole affair supposedly contributed to his divorce. Since then, the estranged pair has remained friendly and has been seen out and about in LA together, where they still share a home.