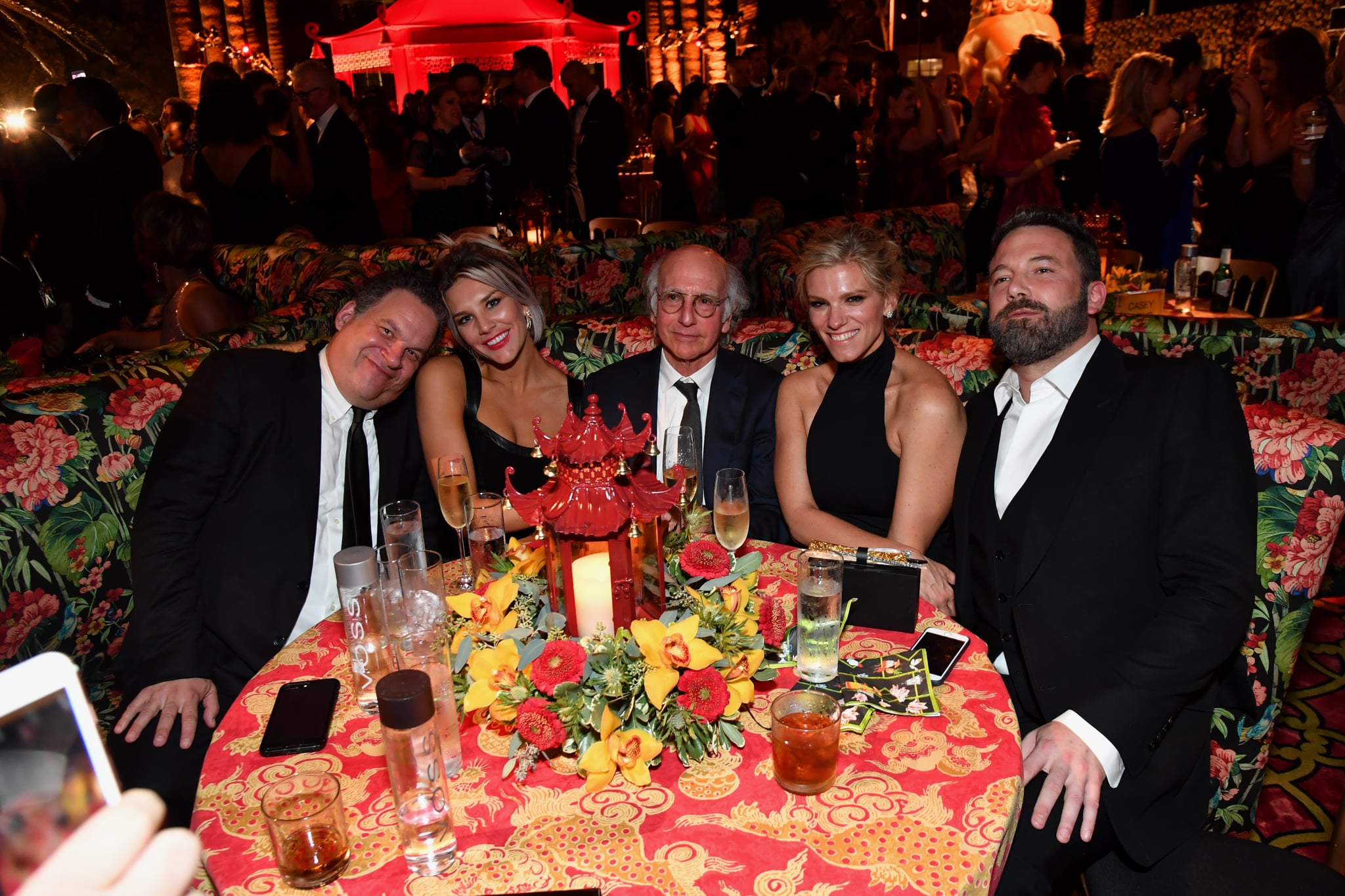 Ben Affleck made a low-key appearance at the Emmys to support his girlfriend, Lindsay Shookus, on Sunday night. Shortly before the Saturday Night Live producer took the stage to accept the award for variety sketch series with the rest of the show's team, the actor was spotted entering the Microsoft Theater. Even though the two didn't pose on the red carpet, they looked quite comfortable with each other as Lindsay joined arms with Ben before taking their seats. Following the show, the two snapped a quick picture with Jeff Garlin, Charissa Thompson, and Larry David during HBO's Emmys afterparty. From their smiley tennis outings to their award season moments, it's clear that the two are getting closer.

Ben Affleck is here at the #Emmys accompanying his girlfriend, who is part of the SNL team pic.twitter.com/EFsnWI9UEP