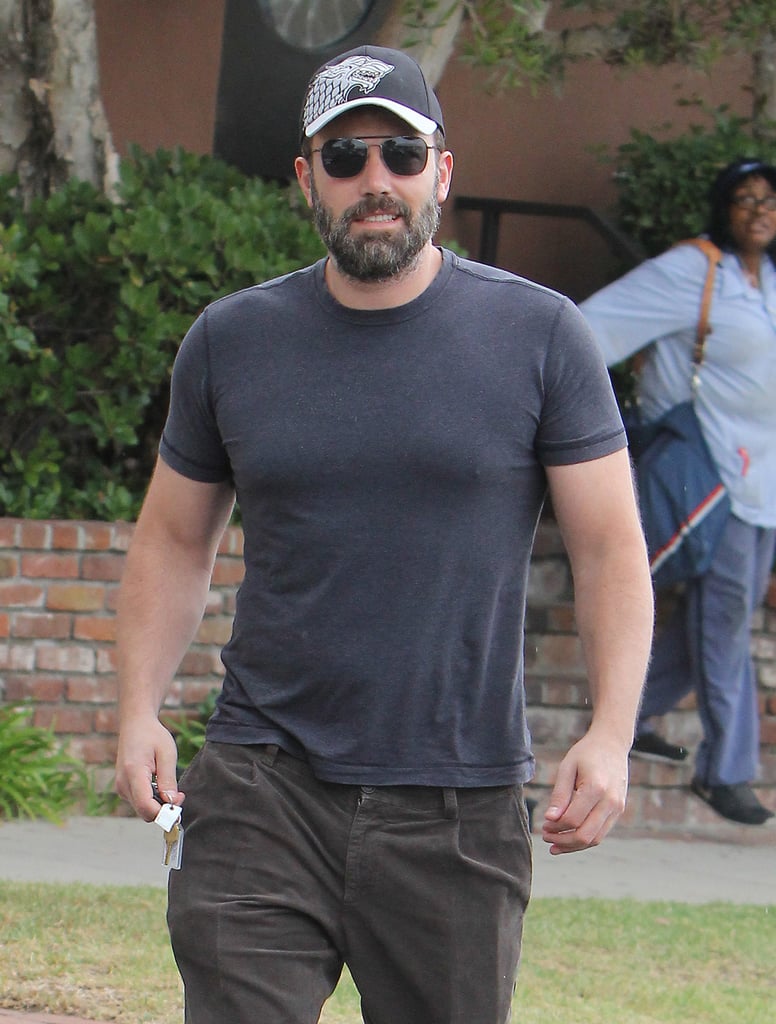 Ben Affleck Sports a Smile on a Casual Family Day

Ben Affleck had his pearly whites and buff body on display when he stepped out in LA on Tuesday. The actor was spotted with his and Jennifer Garner's daughter Seraphina, 6, whom he walked up a tree-lined street. According to reports, Ben has been taking care of the kids as Jen continues filming her movie Miracles From Heaven in Atlanta. In contrast to his last smiley outing on Sunday, the actor was not wearing his wedding ring. Before heading back to the West Coast earlier this month, Ben linked up with Jen and their little ones for his 43rd birthday celebration at Disney World in Orlando, FL.