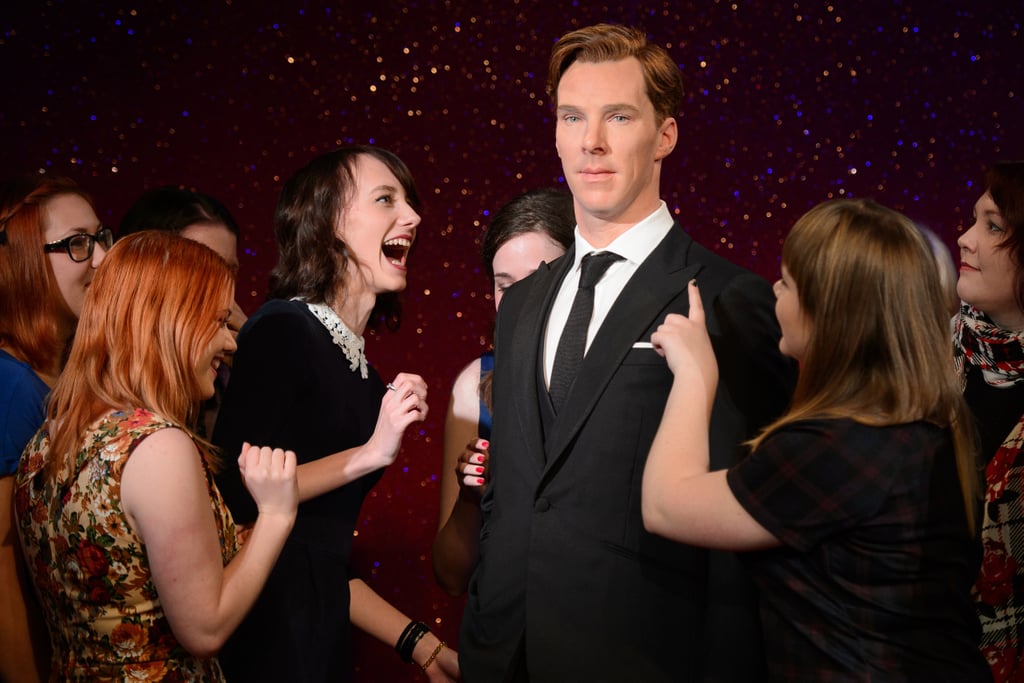 Benedict Cumberbatch's long-awaited wax figure is finally here, and it's already sending fangirls in London into a tizzy. On Monday, a group of women was given the chance to be the first fans to see Benedict's new statue at Madame Tussauds in England, and they reacted as any proud Cumberbitch would — be it stroking, inspecting, jumping for joy, and taking as many selfies as humanly possible. It's probably best the man himself didn't show up to the unveiling, since we already know that his mere presence can cause his hard-core female fans to go nuts.

Previous Next Start Slideshow
Benedict Cumberbatch
Around The Web