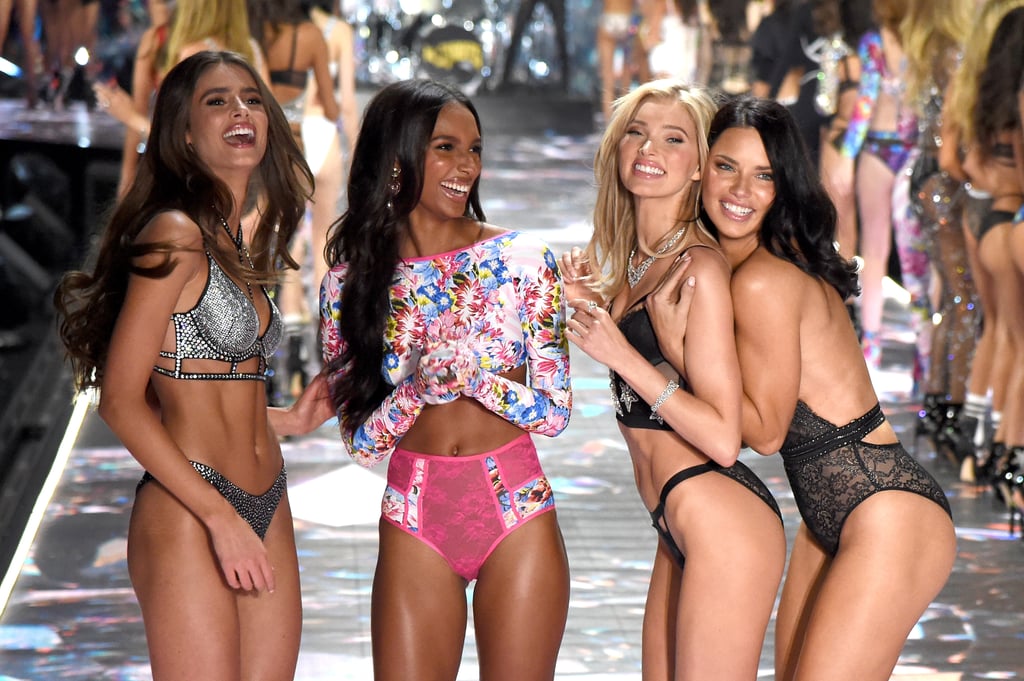 The time is finally here! The Victoria's Secret Angels took over the Big Apple for their annual fashion show on Thursday, and the supermodels totally crushed it. After taking a two-year hiatus, Behati Prinsloo was back and better than ever, while Gigi and Bella Hadid also returned, along with pal Kendall Jenner. Elsa Hosk had the honor of wearing the coveted Fantasy Bra, and to top things off, Halsey, Bebe Rexha, The Chainsmokers, Kelsea Ballerini, Rita Ora, Shawn Mendes, and The Struts all took the stage for special performances. Of course, it was also bittersweet, as the show was Adriana Lima's final. See the cutest candid moments ahead, and don't forget to catch the show when it airs on ABC on Sunday, Dec. 2.

by Mekishana Pierre 31 minutes ago

by Hedy Phillips 37 minutes ago