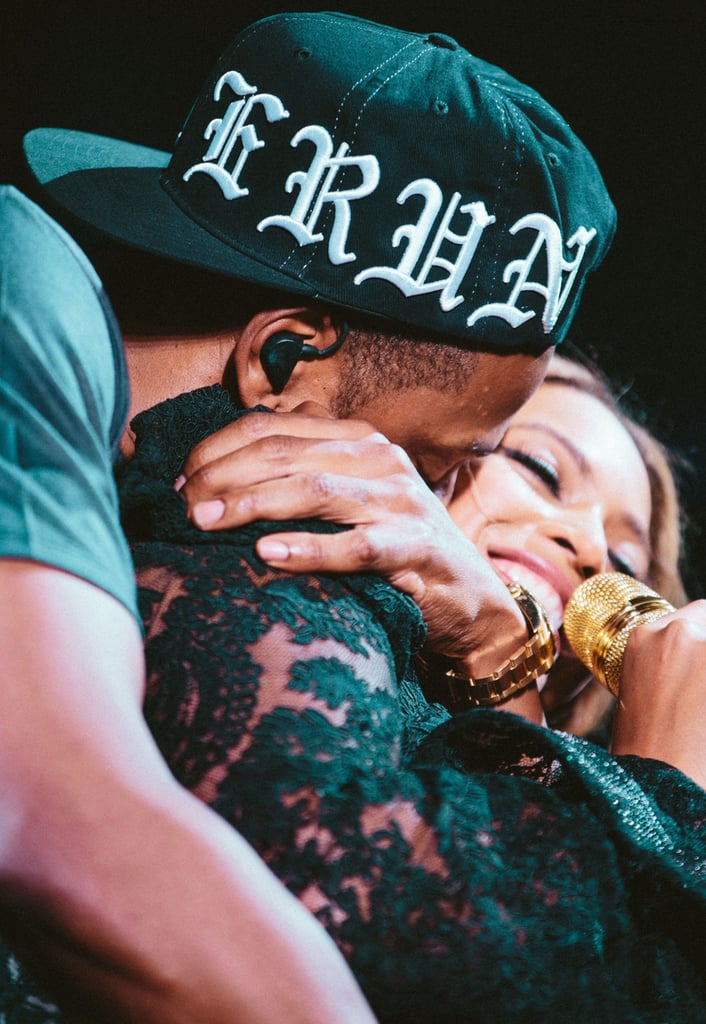 All right, we'll just get this over with: yes, there have been some pretty disturbing breakup rumors surrounding Jay Z and Beyoncé lately. It all started with Page Six's report that the couple is "trying to figure out a way to split without divorcing" and that they "made the classic mistake of thinking a child would change everything and help to rekindle the initial fire." From there, countless accusations about their impending split have been made — even though Beyoncé recently shared sweet photos of them hanging out with their 2-year-old daughter, Blue, and she and Jay Z have been looking seriously loving during their On the Run Tour performances all Summer. To combat these crazy divorce stories (and also just make ourselves feel better), we've rounded up 14 pictures that will make you seriously question the rumors. Here's the evidence that there's no end in sight: