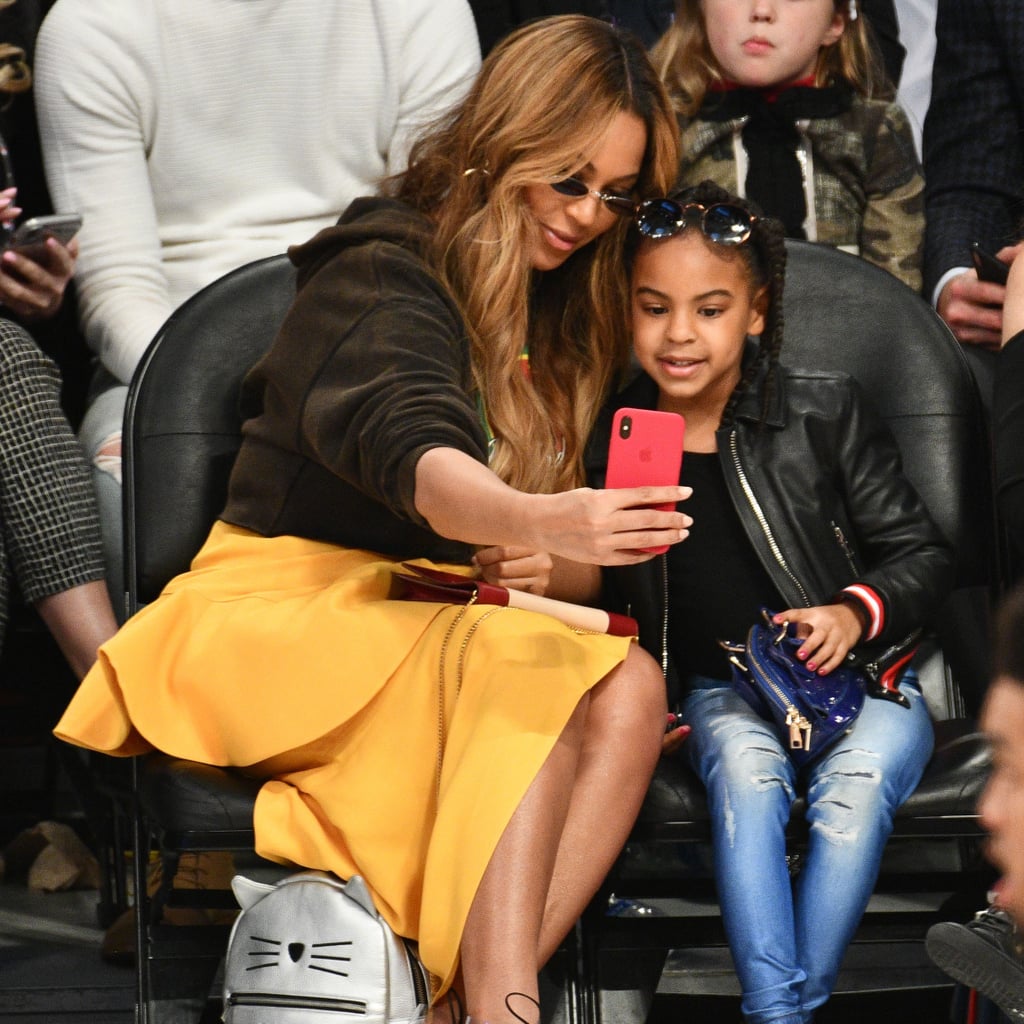 Remember when Beyoncé and Blue Ivy stole the show at the Grammy Awards in January? First with Beyoncé getting photographed holding Blue's juice box and then with the 6-year-old shushing her parents for their clapping. Well, Blue and Beyoncé are back at it again, but this time at the NBA All-Star game in Los Angeles with her mom, Tina Lawson, and Tina's husband, Richard Lawson.

Beyoncé and Blue Ivy were spotted snapping selfies while sitting courtside. They had the ultimate girls night out watching Team LeBron James duke it out against Team Stephen Curry. Keep scrolling to see the ladies living their best lives along with Queen Bey's mom and stepdad.

Related:
45 Beyoncé and Blue Ivy Moments That Will Put a Smile on Your Face and a Song in Your Heart
Previous Next Start Slideshow
Beyoncé KnowlesCelebrity NewsTina Knowles-LawsonBlue CarterCelebrity Families

Celebrity News
The Try Guys Release Video About Ned Fulmer: "[This Was] Shocking to Us"
by Pallavi Bhadu 15 hours ago