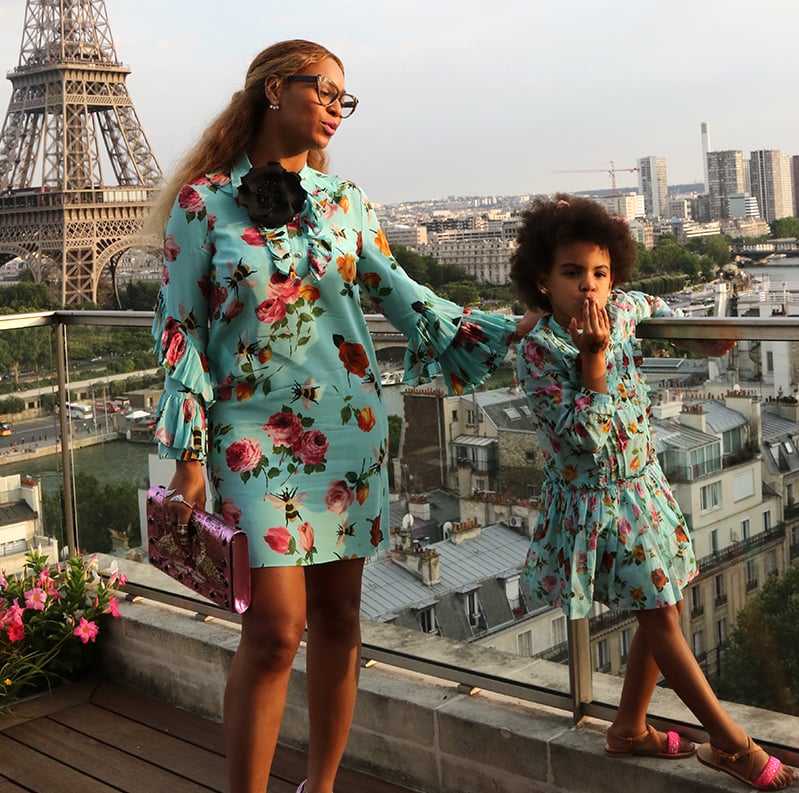 Beyoncé and Jay Z are currently in Paris with their 4-year-old daughter, Blue Ivy, and in addition to bringing the little one for a stroll through the Tuileries Garden on Tuesday, Beyoncé also shared a handful of sweet photos on her personal blog. Blue and her famous mom look adorable in their matching floral dresses while posing, jumping, and blowing kisses to the camera with the Eiffel Tower as their backdrop — casual.

Beyoncé performed at the Stade de France as part of her Formation World Tour over the weekend, and one moment from the concert went viral; a young girl was spotted playing Pokémon Go on her phone as Beyoncé performed, and a few of her fellow show-goers in the front row were not having it. The singer is expected to take the stage in Frankfurt, Germany, on Tuesday evening, so hopefully fans will be a bit more attentive.