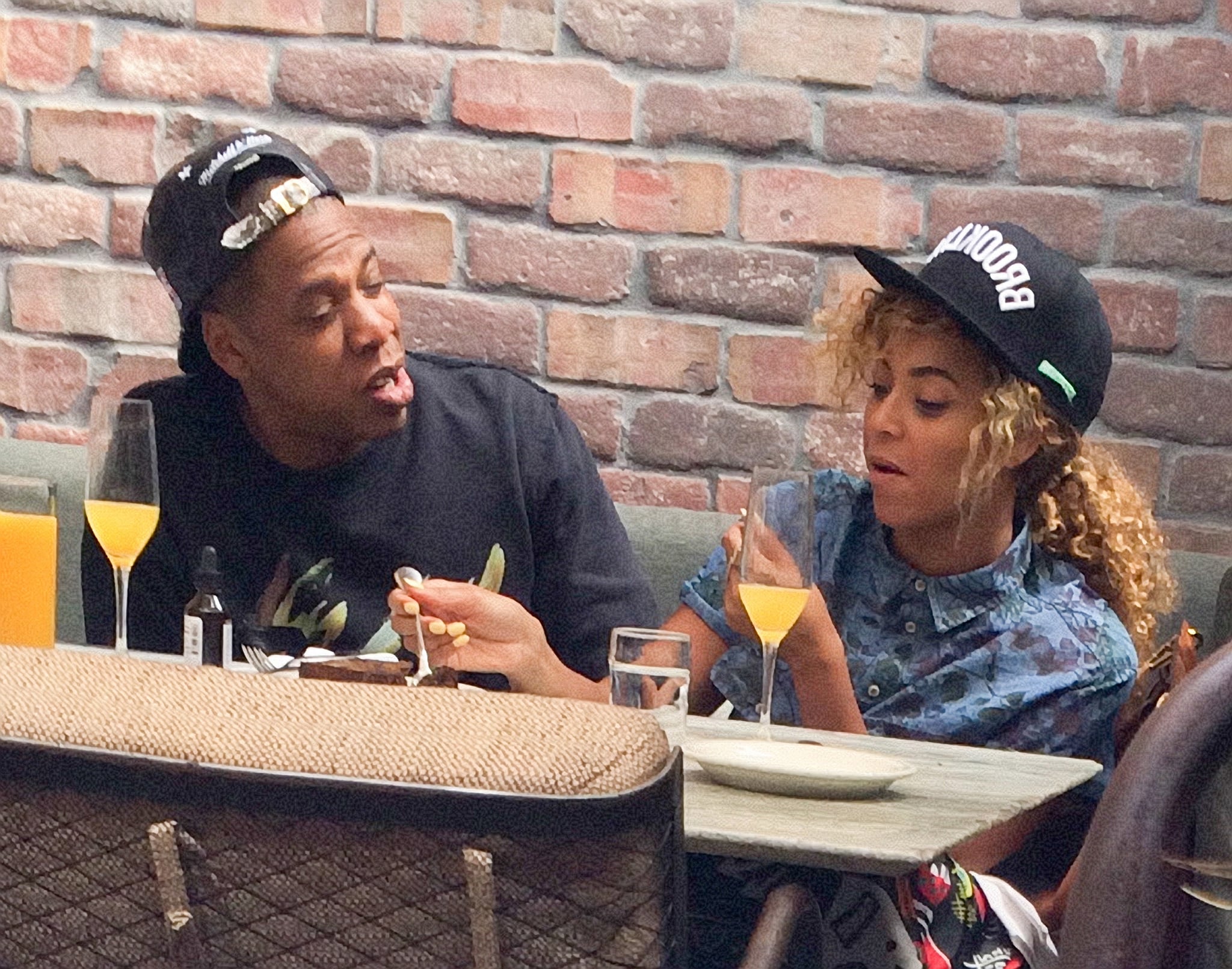 After performing at Coachella, Beyoncé and Jay Z unwound on Sunday morning with a boozy brunch. The couple had mimosas at a restaurant in LA, both wearing Brooklyn Nets hats as they shared a sweet treat. Though neither of them was scheduled to perform at the annual music festival, they surprised the crowd by storming the stage during other artists' performances — Jay Z with Nas and Bey with her sister, Solange. In addition to their Coachella fun, Bey and Jay have been spending a lot of romantic time together. Earlier this month, they jetted off for a sixth anniversary vacation, though they also brought along their daughter, Blue Ivy, on that trip.

Celebrity Couples
No, Jodie Foster Did Not Set Up Shailene Woodley and Aaron Rodgers
by Grayson Gilcrease 17 hours ago
Emma Stone
Emma Stone and Dave McCary Were Spotted in LA as They Gear Up For Parenthood
by Karenna Meredith 2 days ago