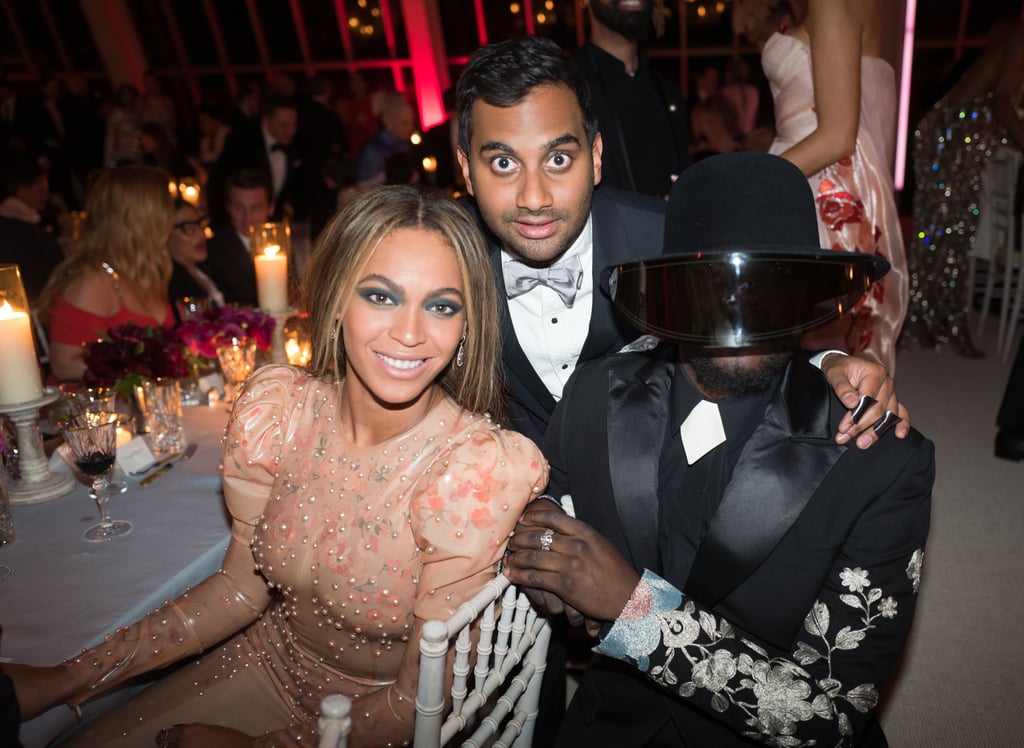 Beyoncé gave us a glimpse of her Met Gala look via Instagram on Monday night before arriving at the main event, putting her curves on display in a latex-like Givenchy gown. The singer, who paused from her Formation World Tour to pop up in the Big Apple, shared a social media snap of herself in that secretive space she's been known to take photos and, much like last year, let us know that she was planning to hit the red carpet and gave us some time to get ourselves in formation. While walking the famous staircase and speaking to reporters, Beyoncé said of her dress, "It's actually a lot easier than last year." Whatever you say, queen!

Inside, Beyoncé mixed and mingled with stars like Madonna, Amy Schumer, Odell Beckham, Jr., Aziz Ansari,and Joan Smalls. She also reunited with her Obsessed costar Idria Elba, linked up with her pal Nicki Minaj and little sister, Solange, and celebrated with Balmain designer Olivier Rousteing at his afterparty, which was held at the Gilded Lily. Dare we say Beyoncé had the time of her life? Keep reading to see Beyoncé's solo outing at this year's Met Gala.

Emilia Clarke
Meet Emilia Clarke's New BFF Ted, aka "the Most Beautiful Puppy in the Entire World"
by Chanel Vargas 9 hours ago

Celebrity Instagrams
They're Here! Meet the New Celebrity Babies of 2020
by Mekishana Pierre 6 hours ago