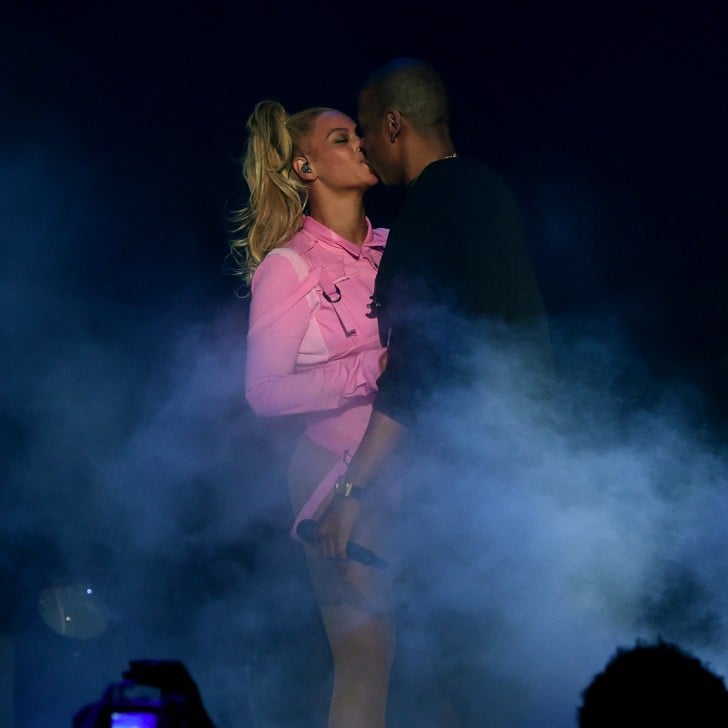 Beyoncé and Jay Z Take Their Love Back to the Stage

All eyes were on Beyoncé and Jay Z when they attended the Tidal X: 1020 concert in New York City on Tuesday. Beyoncé captured the attention of photographers in a sexy bordeaux dress that showed off her killer curves, while Jay Z skipped the red carpet and instead wowed fans with an epic performance inside. The event is the first of a series of charity shows put on by the couple's music streaming service that is only available to Tidal subscribers.

It's been a busy couple of months for Beyoncé, who owned the cover of Vogue in September and most recently, graced the pages of Beat Magazine. Along with her patriotic spread, she also gave her first print interview since 2013. Read on for more of Beyoncé and Jay Z's night, then see how you can channel Beyoncé for Halloween this year.

Celebrity News
The Try Guys Drama Continues: All You Need to Know About Ned Fulmer
by Pallavi Bhadu 8 hours ago

Celebrity News
Barack Obama Celebrates 30 Years With Michelle Obama: "I Won the Lottery That Day"
by Chanel Vargas 9 hours ago