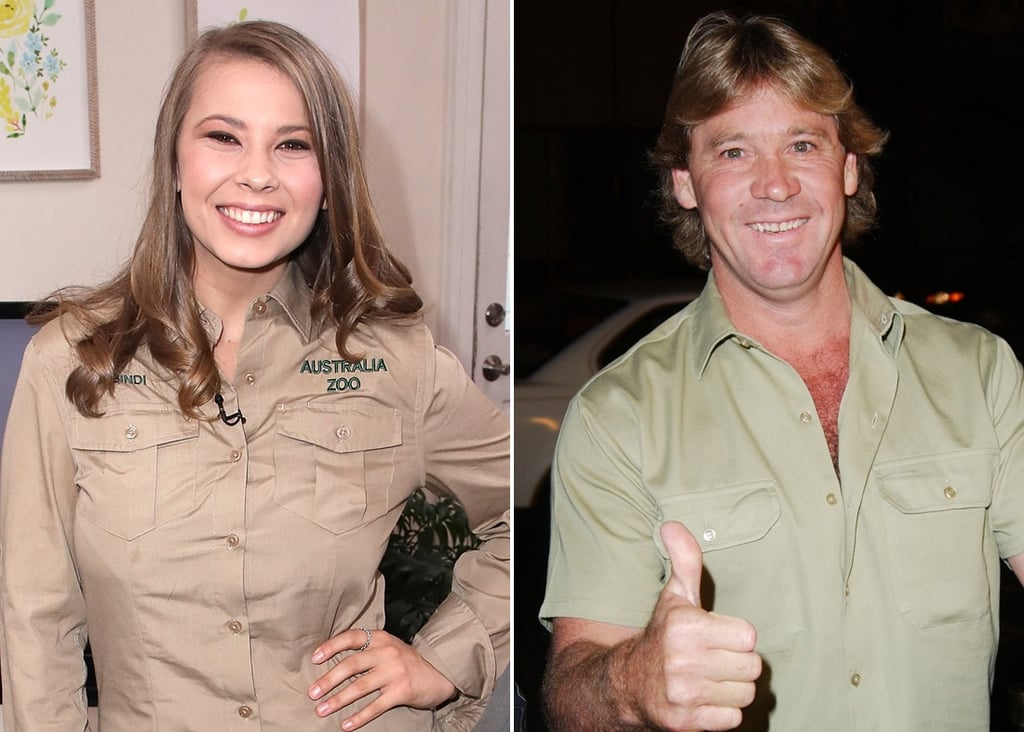 Bindi Irwin Talks About Carrying Her Father's Legacy: "I Sure Hope Dad Would Be Proud"

It's been 12 years since Bindi Irwin's father, Steve, died, but she still holds his legacy near and dear to her heart. Steve — who gained worldwide stardom for his wildlife television show The Crocodile Hunter — passed away on Sept. 4, 2006 when he was attacked by a stingray while filming for a new movie, Ocean's Deadliest.

Although the accident happened over a decade ago when Bindi was just 8 years old, she still clearly recalls the aftermath. "I remember people coming up to me and saying, 'I'm sorry for your loss, sweetheart. Time heals all wounds.' But that's just not true," Bindi recently told People. "It's like losing a part of your heart, and when you've lost that, you never get it back."

Now, Bindi, 20, her brother Robert, 15, and her mother Terri, 54, are making sure they uphold Steve's mission to create a connection between humans and wildlife. They're also continuing to spread awareness of their conservation nonprofit Wildlife Warriors and expand the Australia Zoo, which was opened by Steve's parents, Bob and Lyn Irwin, in 1970. "No matter where we go, or what we do, we'll always come back here," Robert said. "This is our passion. It's a part of us and Australia Zoo will always be home."

And just like the Australia Zoo will always be home, the Irwin family will always continue honoring Steve, which they did this past April when the Crocodile Hunter posthumously received a star on the Hollywood Walk of Fame. They also made their return to TV in October with their show Crikey! It's the Irwins. "I sure hope dad would be proud," Bindi added. "We really do try every day to make him proud and follow in his footsteps. I hope that somewhere he's out there going, 'Yes! You did good!'"