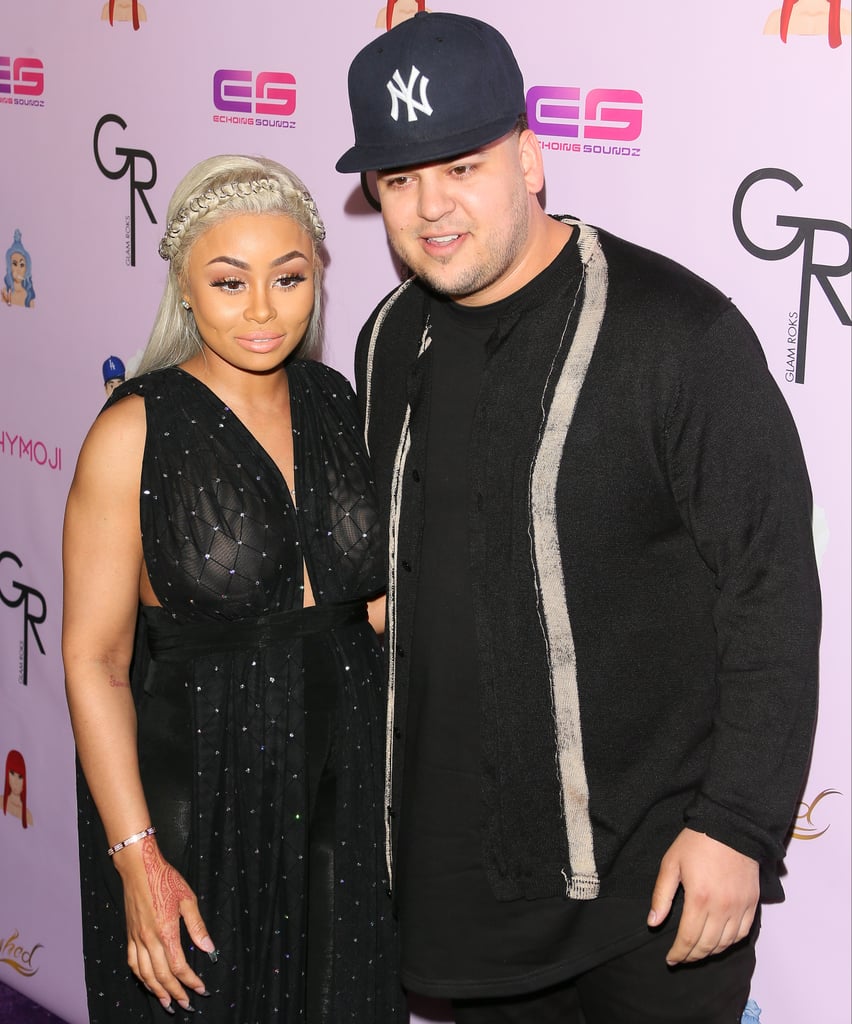 Rob Kardashian was firmly by Blac Chyna's side at an event celebrating her new ChyMoji app in LA on Tuesday night. The couple stayed close on the red carpet at the event, which also helped ring in Chyna's 28th birthday, which is on Wednesday. It's the first time we've seen Chyna and Rob at a public appearance together since they confirmed their relationship back in January. Rob popped the question in April, and just last week, Chyna revealed that they were expecting their first child together.

The exciting announcement wasn't without its drama, however; a rep for Chyna told People that the "other half of her family" — ie the Kardashians — leaked her big news and that she was then forced to announce it. Keep reading to see photos of Rob and Chyna's first red carpet outing, then see more stars who are expecting babies this year.