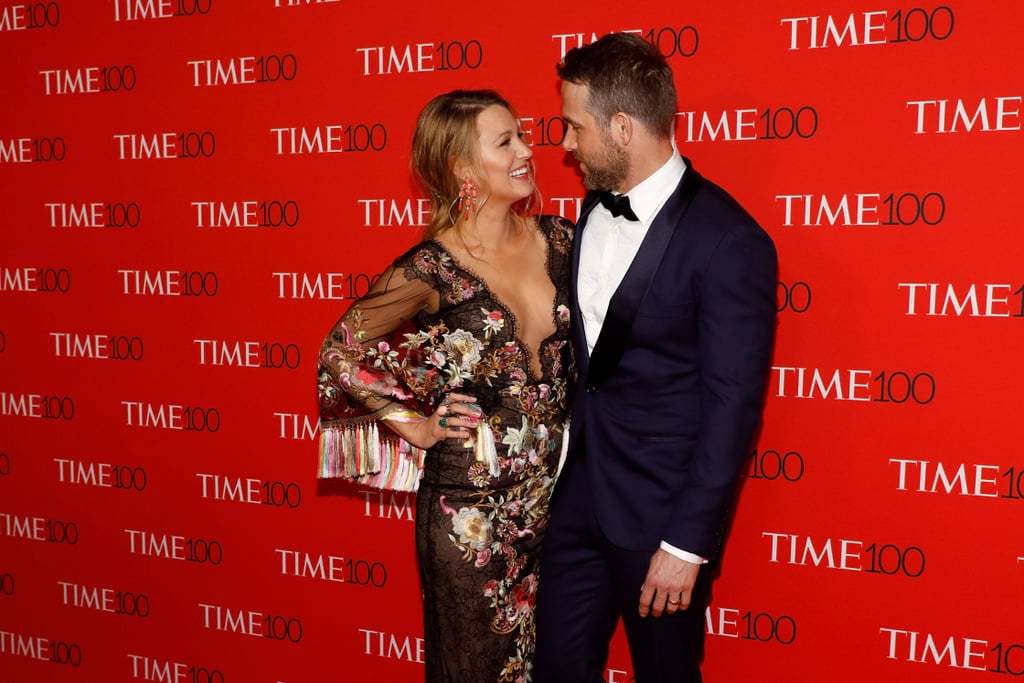 Blake Lively and Ryan Reynolds have been known to troll each other on social media from time to time, but their latest exchange is something else entirely. Hot off the release of Blake's film A Simple Favor, the Deadpool actor logged on to Twitter to support his wife in the most Ryan Reynolds way possible. While retweeting the film's Rotten Tomatoes rating, Ryan wrote, "This movie cured me of my virginity. See it this weekend! @ASimpleFavor #CertifiedFresh."

Of course, Blake just couldn't let her husband have the last laugh (or the last tweet). In response to Ryan's hilarious tweet, she wrote, "@VancityReynolds 💋♥️🍆💥 (No that's not emoji climaxing. I just really like eggplants. Pyrotechnic ones.)" Naturally, the whole Twitter interaction made fans lose their cool. Seriously, could these two be any cuter? See their funny tweets ahead.