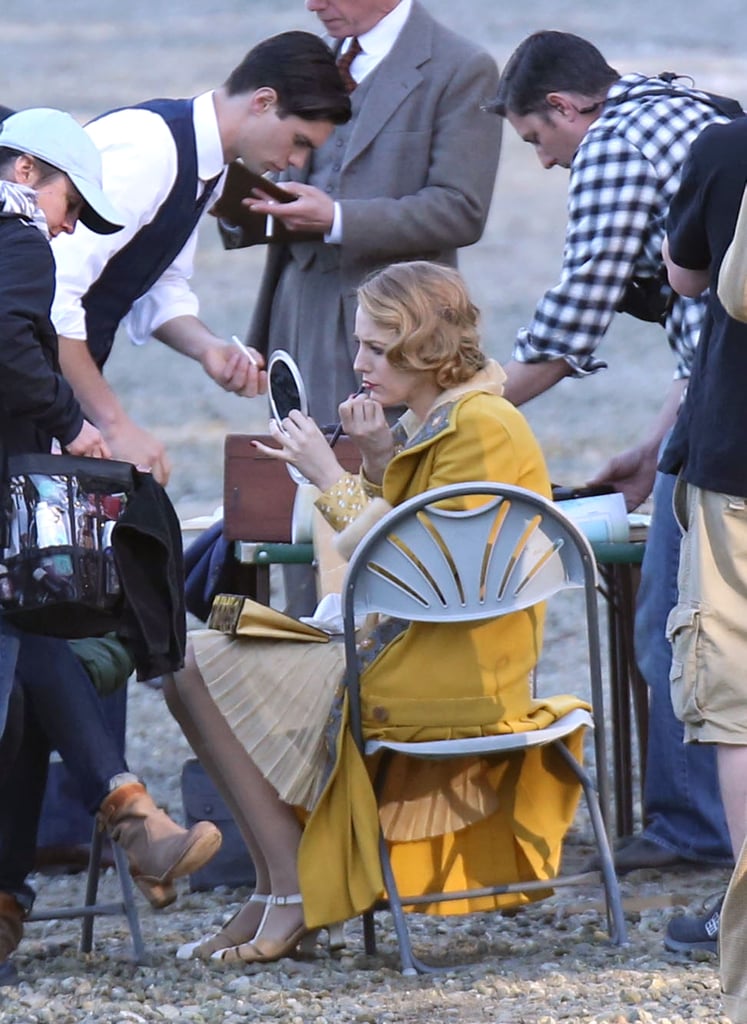 Blake Lively looked like she stepped right out of the roaring '20s when she wore a yellow ensemble on the set of her new film, The Age of Adaline, in Burnaby, Canada, on Wednesday. The actress smiled and giggled with her costars while shooting a scene on the shore and was later seen doing her own makeup touchups during a bit of downtime. Blake has been working hard on the new project for the past two months, and she has been getting frequent on-set visits from her husband, Ryan Reynolds. Last week, Blake had a bit of a scare when she cut herself during filming, but it looked like she was back in the swing of things this week.