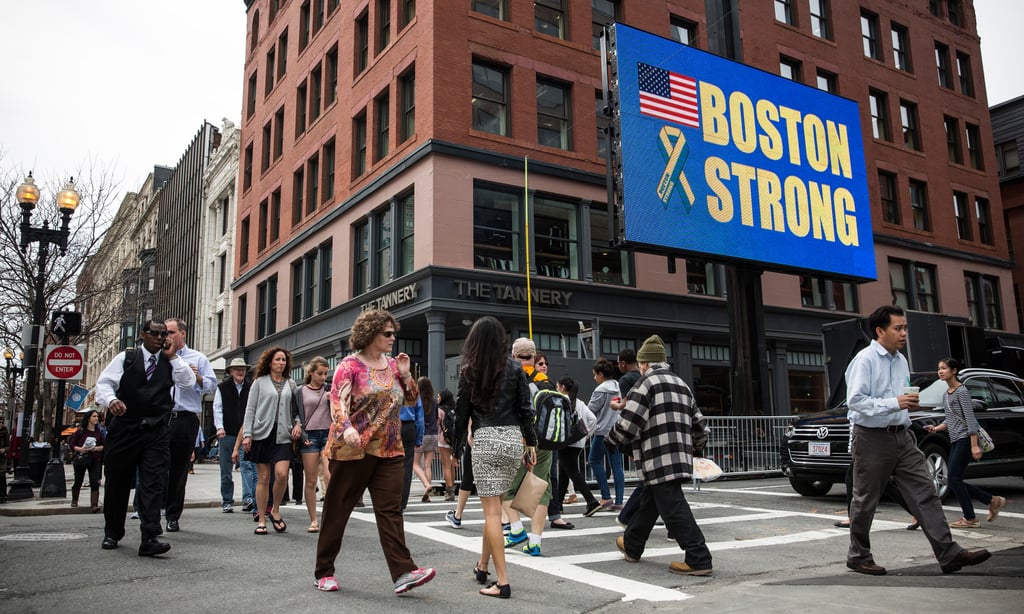 As Boston Marathon bombing memorials pop up across Massachusetts to mark the one-year anniversary of the 2013 race, we're taking a look at some of the most inspiring stories to come out of last year's tragedy. In the wake of the 2013 marathon, survivors' stories, both heartbreaking and heartwarming, flooded the headlines, and several have gone on to celebrate special milestones in their lives and in their recovery process. One couple got engaged after the race, saying that the tragedy brought them closer together, and another survivor wrote about overcoming the physical and emotional challenges in a brand-new book that hit shelves earlier this month. To honor their strength and remember all those affected on the one-year anniversary, take a look at some of the most moving stories and videos from Boston Marathon bombing survivors.