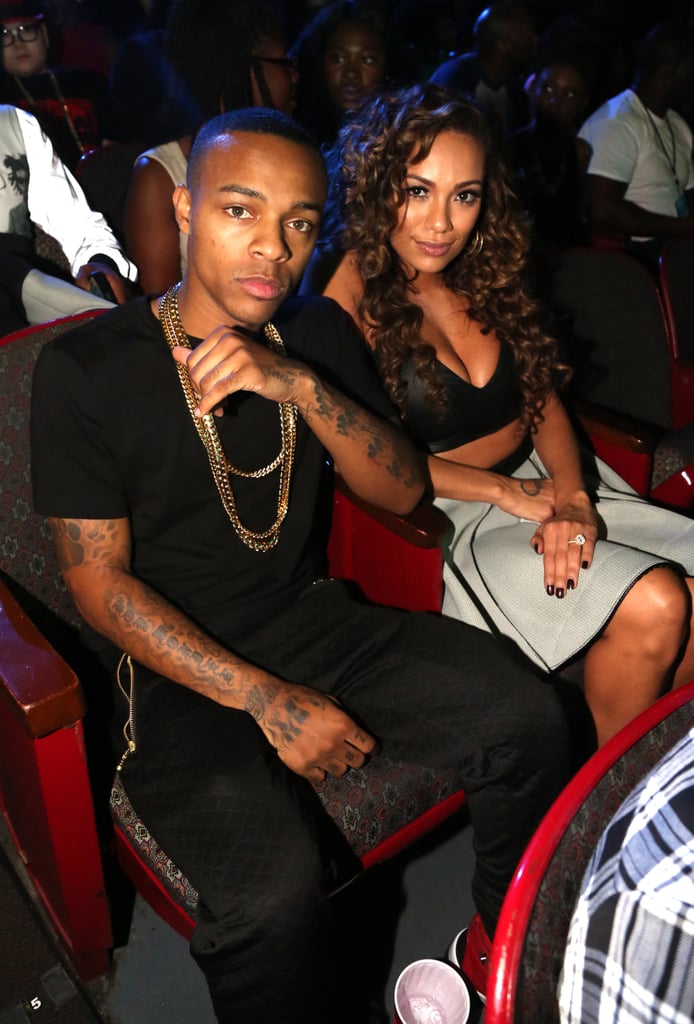 Bow Wow and his girlfriend, Erica Mena, are engaged! The rapper popped the question to his Love and Hip Hop Atlanta love after six months of dating. Erica let the news slip on Saturday when she was asked about Bow Wow by a reporter and she said, "Uh . . . he's actually my fiancé!" On Sunday, Bow Wow confirmed the news on Instagram, sharing a snap of Erica's massive round-cut diamond ring alongside his own blinged out Rolex. (See the ring in all its glory below.) The couple met when Erica stopped by Bow Wow's BET show 106 and Park while promoting her hit reality show. Congratulations to the happy couple!