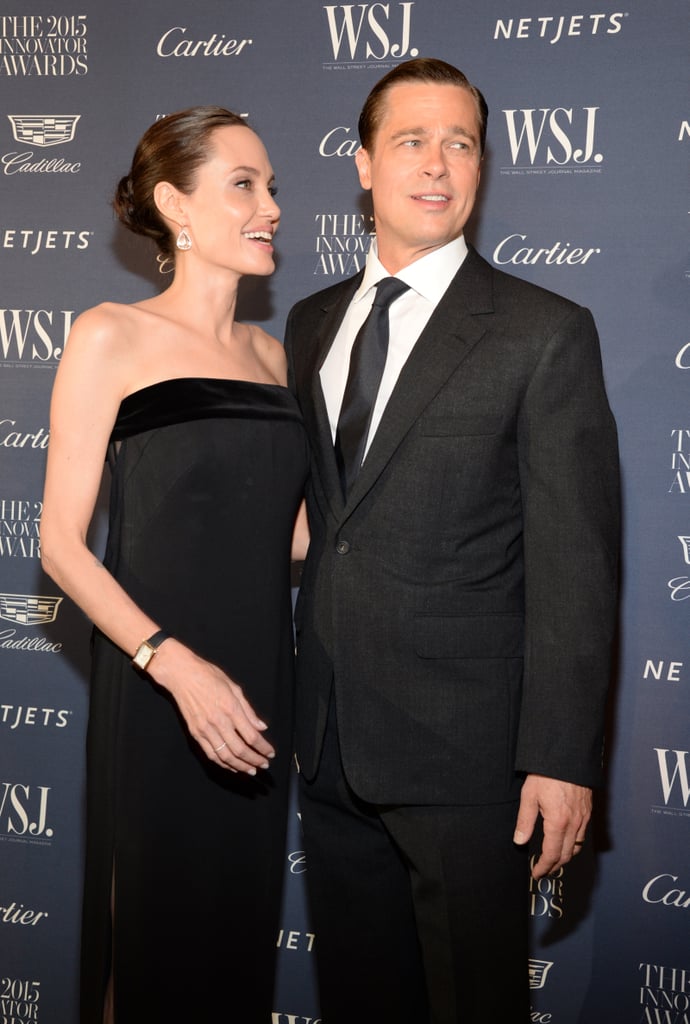 It's been a busy week for Brad Pitt and Angelina Jolie! The couple, who showed off their love at a screening of their film By the Sea in NYC on Tuesday night, were back on the red carpet for the WSJ Magazine Innovator Awards at the Museum of Modern Art on Wednesday. The couple kept things a bit more serious for the cameras, though they lit up when they ran into other celebrity guests, including Anna Wintour and Robert De Niro, whom Brad starred with in the 1996 hit Sleepers and Angelina worked with on 2006's The Good Shepherd. Brad and Angelina were seated with Robert and his wife, Grace Hightower, inside the event. The excitement continued for Brad and Angelina on Thursday, when they premiered By the Sea during the AFI Fest in the Big Apple.