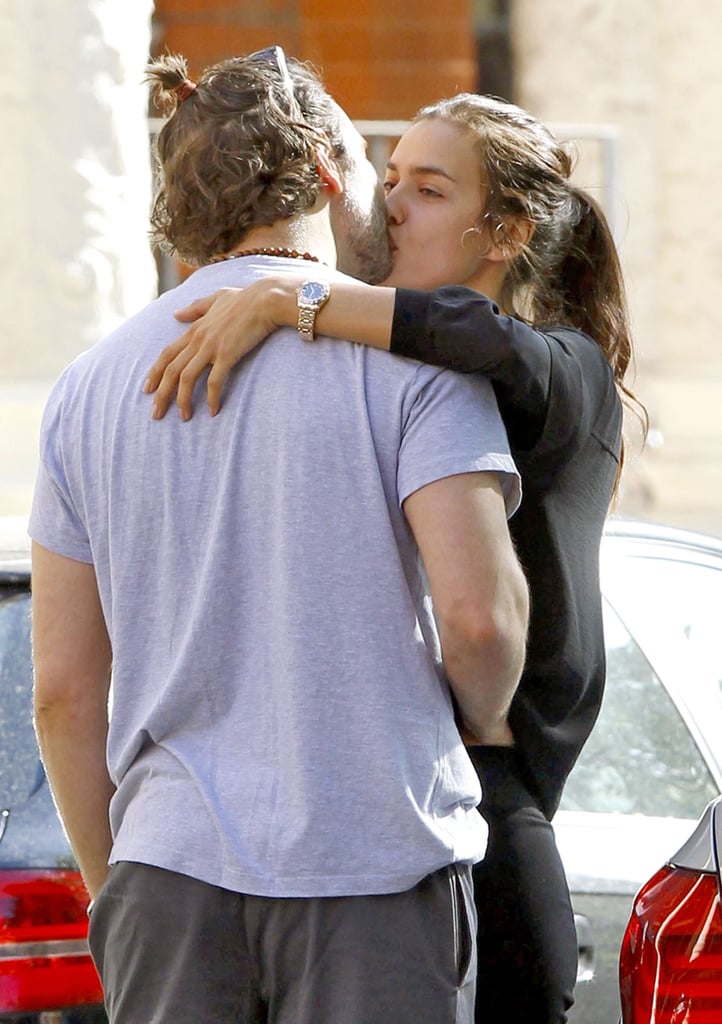 Bradley Cooper and Irina Shayk might just be embarking on a world tour of PDA. The new couple, who were first rumored to be dating earlier this month, were spotted hugging and kissing on the streets of London on Wednesday. The actor is starring in The Elephant Man in the West End, and his Sports Illustrated swimsuit model girlfriend has reportedly been hanging with him since the weekend. We first got a glimpse of Bradley and Irina packing on the PDA in NYC last week; according to multiple sources, they also got hot and heavy at a Met Gala afterparty. It's the first relationship for both Irina and Bradley after they ended long-term romances with Cristiano Ronaldo and Suki Waterhouse, respectively. Keep reading to see their latest pics, and check out more of the hottest celebrity PDA we've seen so far this year.