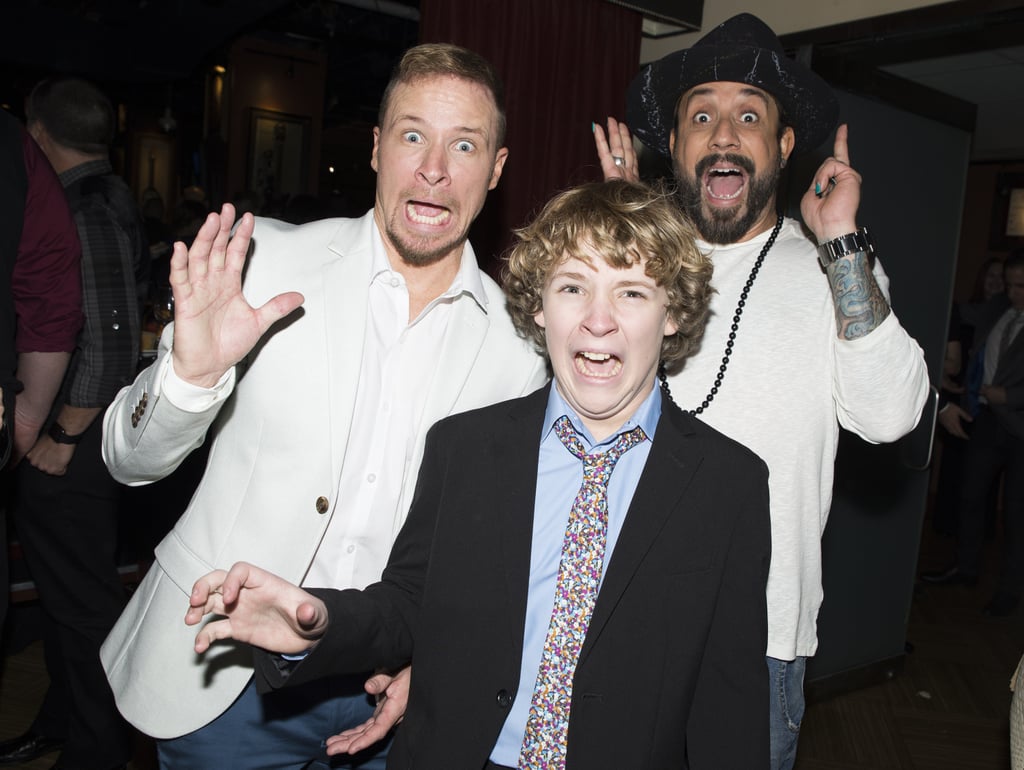 Brian Littrell and A.J. McLean Have a Mini BSB Reunion to Support Brian's Son on Broadway

Brian Littrell and A.J. McLean made everyone's dreams come true on Tuesday when they reunited at the opening of Disaster! on Broadway in New York City. The two Backstreet Boys were on hand to support Brian's 13-year-old son, Baylee, who stars in the play. After watching the show, the two goofed around with Baylee while posing for photos at the afterparty at the Hard Rock Cafe. Brian's stunning wife, Leighanne, also got in on the action and showed off a few funny faces for the cameras.

The outing is just the latest BSB reunion the world has gotten a glimpse of. In addition to A.J. popping up in Nick Carter's music video for his song "19 in 99," the two also made a special appearance on Lip Sync Battle with Gigi Hadid. Keep reading to see more photos from the fun night, then check out Brian's cutest family photos.

by Jenny Sugar 11 minutes ago