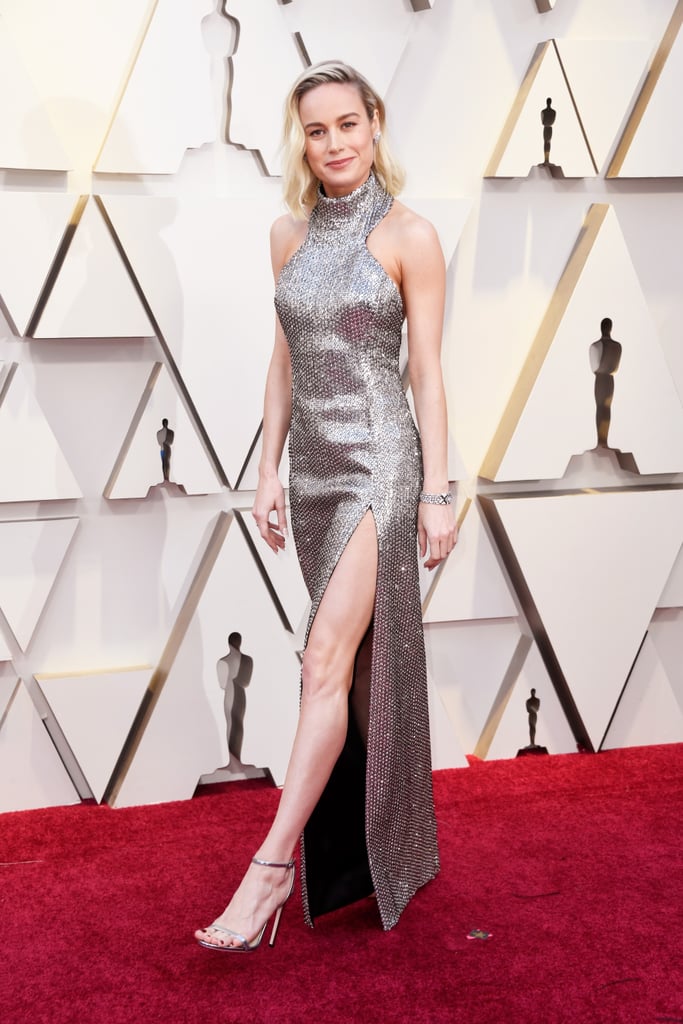 Brie Larson didn't need her Captain Marvel uniform to shine at the 2019 Oscars; her gorgeous halter gown did that for her. The superhero arrived at Sunday night's awards with her sister Milaine Desaulniers in tow and her Marvel cast right beside her. Brie posed for photos with costar Samuel L. Jackson, and if looks could fight crime, well, they'd have us covered. Brie's Celine gown showed off every muscle that fuels Carol Danvers's superhero strength.

After winning the Academy Award for best actress in 2016 for her role in Room, Brie is no stranger to nailing the award-show look. She's also presenting during the Oscars! Ahead, find photos of Brie with her sister and Samuel.

Related:
These Glamorous Oscars Gowns Will Have You Counting the Seconds Till the 2020 Oscars
Previous Next Start Slideshow
Brie LarsonRed CarpetAward SeasonOscars
Around The Web

Alicia Keys
Alicia Keys Debuted Blunt Bangs at the BBMAs, and Is There Anything She Can't Pull Off?
by Yerin Kim 4 days ago