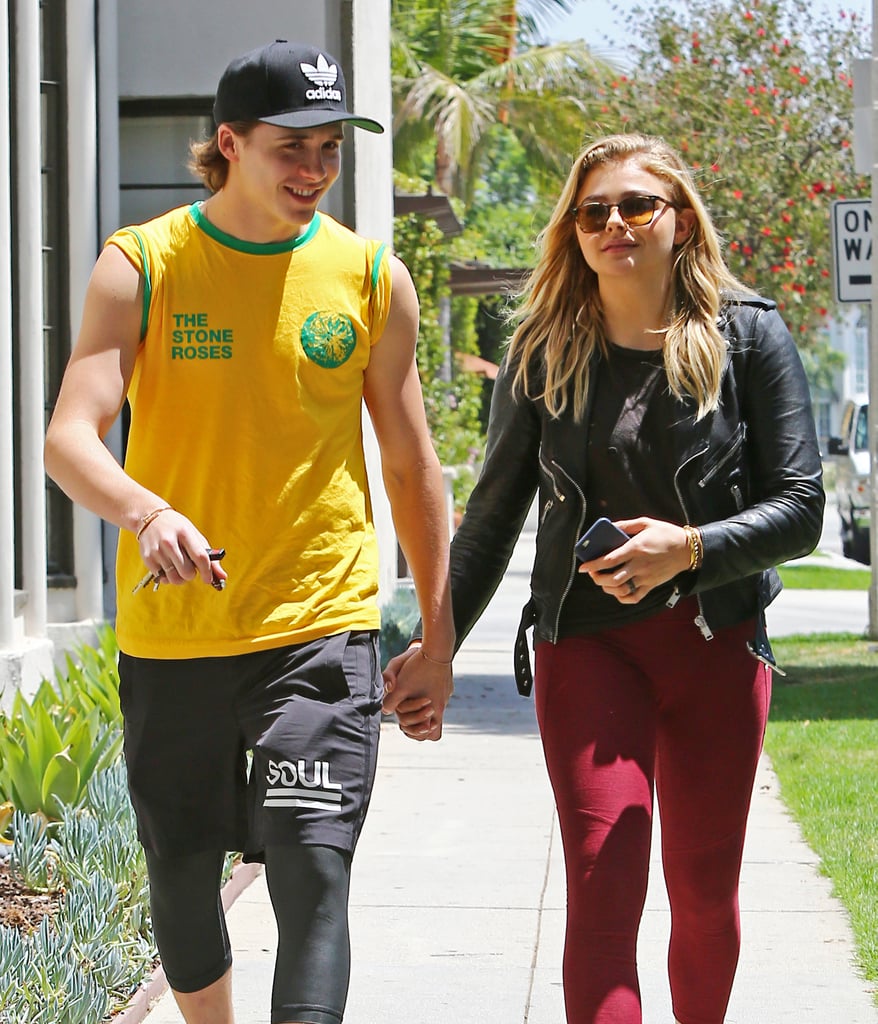 Brooklyn Beckham and Chloë Grace Moretz were back at it again with the supercute PDA in LA on Thursday. The couple held hands as they made their way down the street in Beverly Hills, CA, where they enjoyed lunch together at Sugar Fish. Earlier in the day, the two were spotted catching a flight out of NYC in similar outfits; while in the Big Apple, Brooklyn accompanied Chloë on a photo shoot at a park and was seen snapping pictures of her on his personal camera. Ahh, young love!