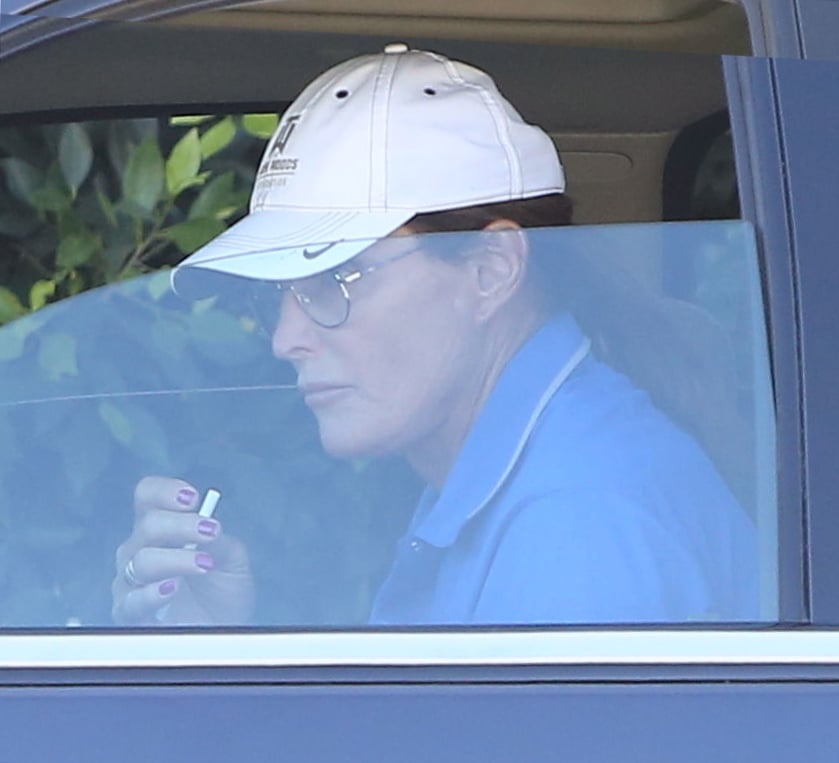 Bruce Jenner celebrated his 65th birthday on Tuesday with a bright red manicure and a cigarette. The former Olympian rocked his new painted nails while driving around Malibu, CA, in his Escalade. Bruce's evolving look has been getting quite a bit of attention in the press, particularly after he announced his separation from Kris Jenner. He recently grew out his shaggy hairstyle into a long bob and underwent a controversial "tracheal shave" back in January to reduce the size of his Adam's apple. His new look led to rumors that he was planning on transitioning from male to female, which has been repeatedly shot down by his friends and family as "absurd." After all, Bruce is hardly the first male star to get a manicure!