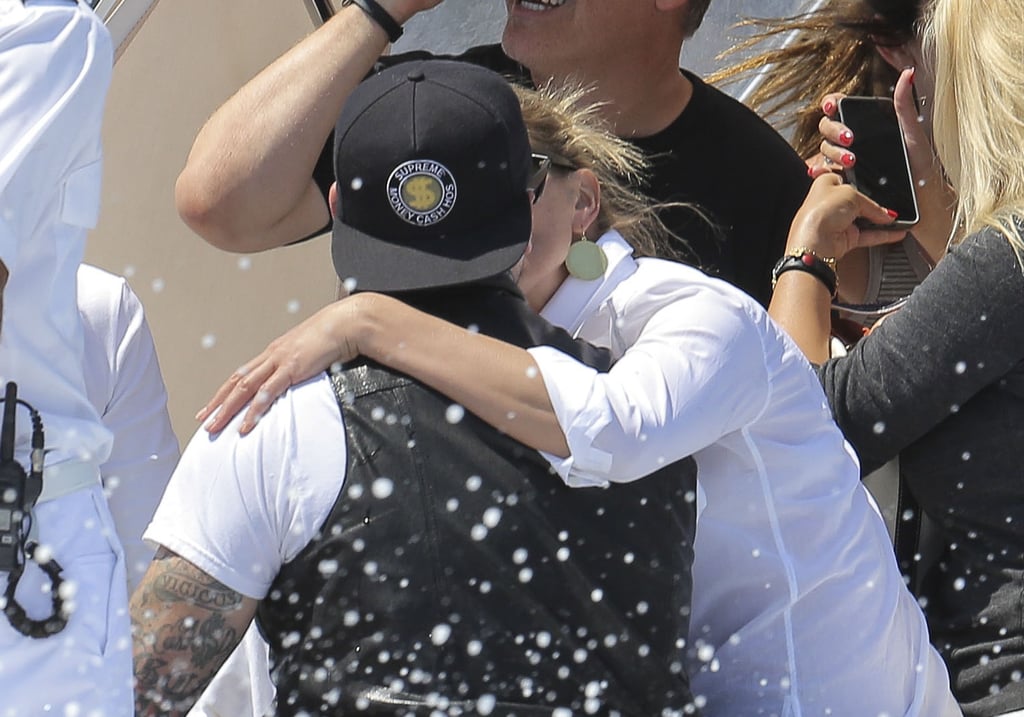 Cameron Diaz and Benji Madden ended their vacation on Saturday after a week in Italy and France. The couple said farewell to the crew on their yacht in Beaulieu-sur-Mer, France, before hopping on a small boat to head to the airport, sharing a few kisses along the way. On Friday, they were in Antibes, France, in their swimsuits after spending some time earlier that day near the island of Sardinia in Italy. Their romantic getaway was mostly in Italy — on Thursday, they showed off their adventurous sides in Sardinia while walking along the bottom of a rocky cliff after spending some time on Italy's mainland in Positano on Monday. Though they have only been together since June, they've already done a lot of traveling together. Last month they kissed and cuddled at an NYC restaurant before showing off sexy beachside PDA in Florida over the Fourth of July weekend.

Cameron's been making headlines for more than just her relationship this week. When an Australian radio host brought up Drew Barrymore's former drug issues during an interview, Cameron defended her friend, saying, "I'm sure, Kyle, you've never been through a drug phase, have you? Or alcoholism or anything like that? Pretty clean, always did it right? Congratulations." Shortly after, she ended the interview.