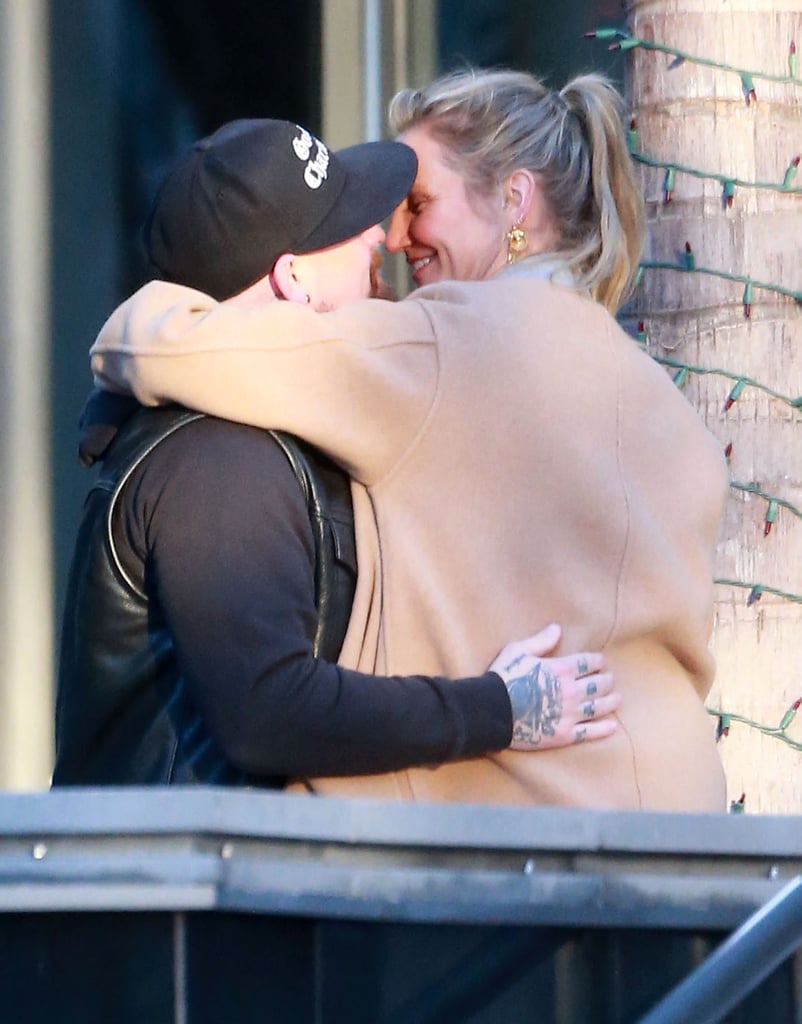 Cameron Diaz and her husband, Benji Madden, parted ways in the sweetest way possible while out in LA on Friday. The couple was spotted at a Century City office building and were all smiles while hugging and stealing a few kisses before they headed in different directions. Benji and Cameron are quickly coming up on their second wedding anniversary — they tied the knot in a surprise ceremony back in January 2015 — and the Good Charlotte singer's twin brother, Joel Madden, recently celebrated his own marriage milestone with wife Nicole Richie; the couple marked six years of wedded bliss just last week.