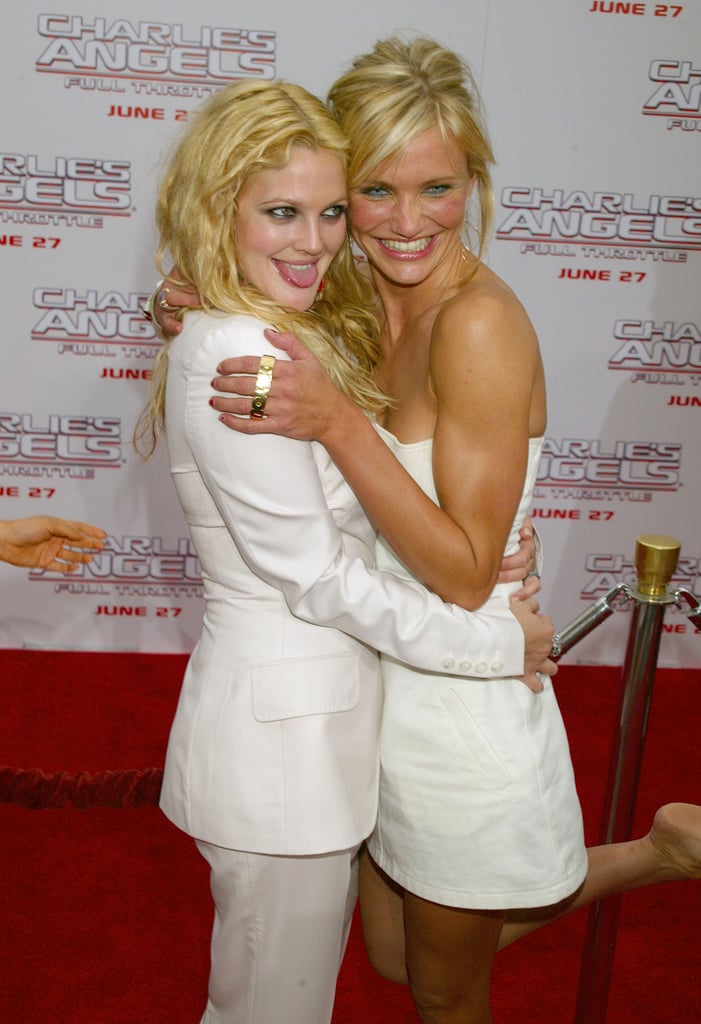 Cameron Diaz and Drew Barrymore have been best friends for 24 years, and they always have each other's backs. The most recent example was when Cameron jumped to Drew's defense after a radio host commented on Drew's history of drug abuse. Not only did Cameron call out the host, but she also abruptly ended the interview afterward. Most of the time, the pals just talk about each other in a positive way, telling stories about their decades of friendship or explaining why they have such a big sisterly bond. We've rounded up some of the sweetest things Cameron and Drew have said about each other below.