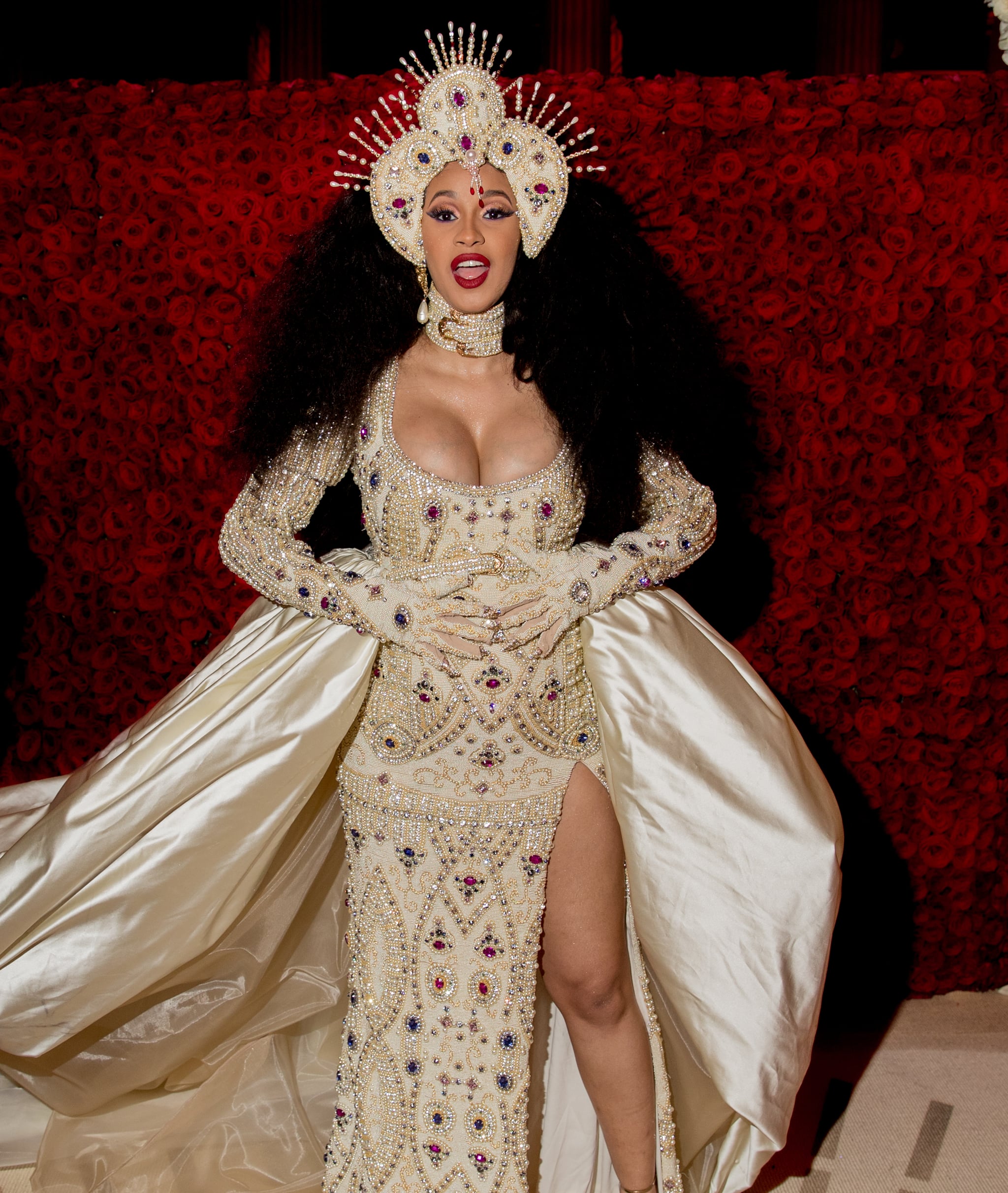 If there's one thing we know about Cardi B, it's that she always speaks her mind, even if something accidentally slips, like, say . . . her baby's sex. Prior to attending the Met Gala alongside designer Jeremy Scott on Monday night, the superstar hung out with the New York Times, where censoring her baby's pronouns was not a priority. Cardi refers to her growing baby bump as "she" on multiple occasions.

This isn't the first time fans have speculated that Cardi and fiancé Offset were expecting a girl: first was when she cohosted The Tonight Show Starring Jimmy Fallon and the host gave her a gift basket with a purple blanket; later it was from Cardi's sister Hennessy allegedly captioning her congratulatory Instagram post talking about giving "her all the kisses and hugs." Regardless of if she's having a girl or a boy, that baby is already so loved, okurrr?