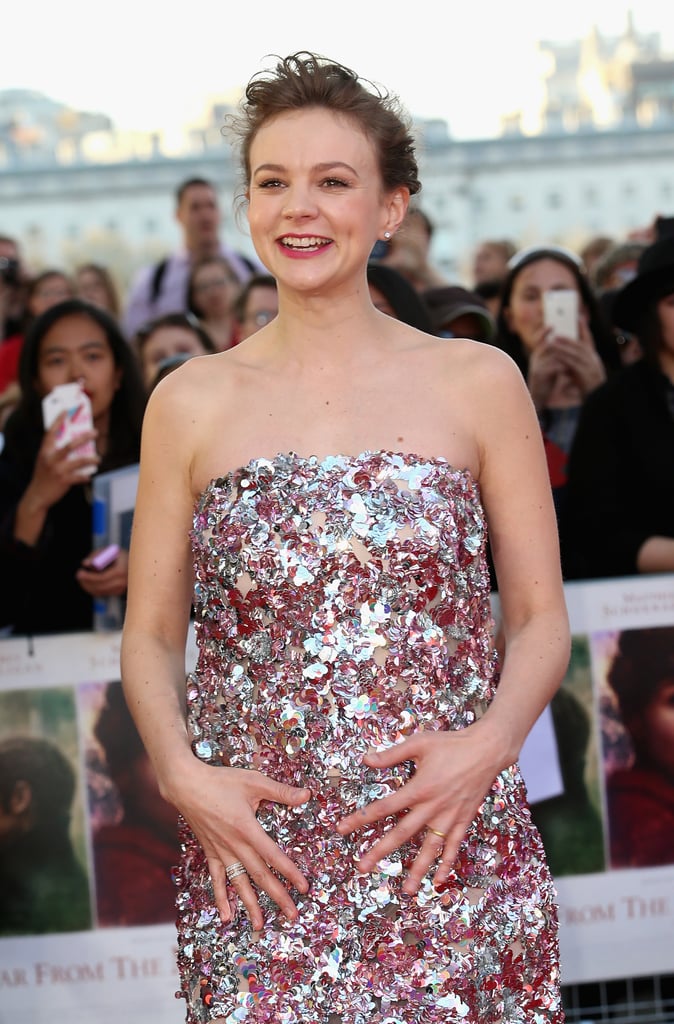 It's been quite some time since we've seen Carey Mulligan on the red carpet, but the actress was as gorgeous as ever when she arrived for the London premiere of her new film, Far From the Madding Crowd, on Wednesday. Carey sparkled in a Dior dress and was all smiles and glowing while posing for photos alone and with her handsome costar Matthias Schoenaer. The last time we saw Carey, she was decidedly less dolled up; in late March, she and husband Marcus Mumford were spotted taking a stroll through the streets of NYC; Carey has been stationed in the Big Apple while performing in Skylight on Broadway, and just this week, we got a gripping look at her next project, Suffragette, which she stars in with Meryl Streep. Take a look at the trailer here, and scroll through for more photos of Carey on the red carpet.