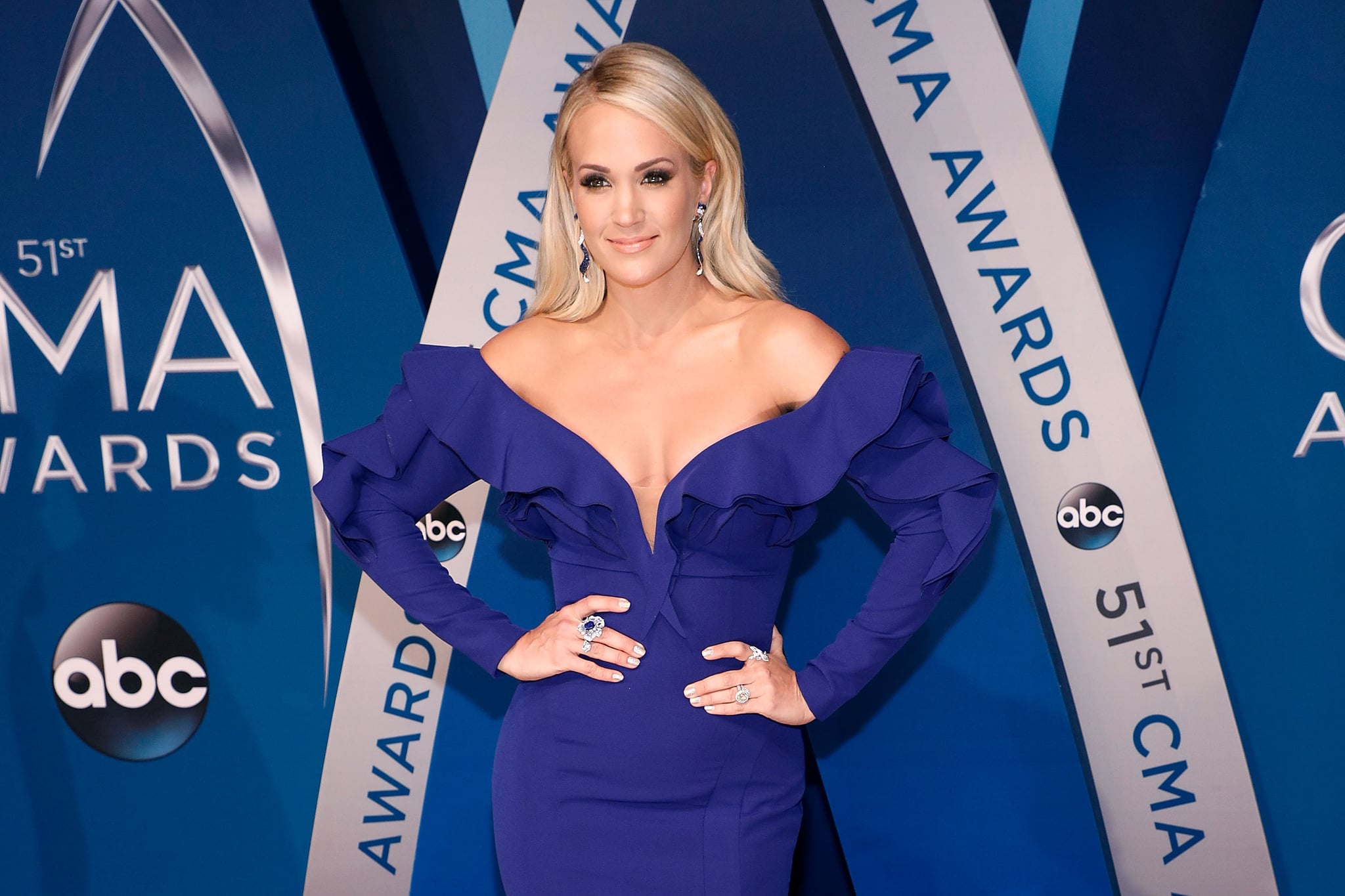 It's been several months since Carrie Underwood suffered a major fall that left her needing wrist surgery and over 40 face stitches. After taking some time to recover out of the public eye, the 35-year-old country singer is now getting ready to step back into the spotlight — starting with a performance at the ACM Awards on April 15. In an open letter prior to the big show, Carrie shared an exciting update with her fans.

"Physically, I'm doing pretty darn good these days!" Carrie said, adding that her wrist and face are nearly all healed. "I definitely feel more like myself than I have in a while. One of the silver linings for me in this healing process is the time I've gotten to spend with Mike and Isaiah. I've been calling it 'forced relaxation.' Sometimes I think things happen in order to make us slow down," she said.

Despite her "forced relaxation," Carrie revealed she has been busy working on new music these past few months. Though she didn't divulge too many details about her upcoming album, Carrie has a new single on the way titled "Cry Pretty." In the artwork shared on Instagram, Carrie is holding a microphone as glitter tears stream down her face.

"The title refers to when emotions take over and you just can't hold them back," Carrie explained in the letter. "It really speaks to a lot of things that have happened in the past year and I hope when you hear it, you can relate those feelings to those times in your life." Carrie will be releasing the single on April 11 and then performing it for the first time live at the ACM Awards.