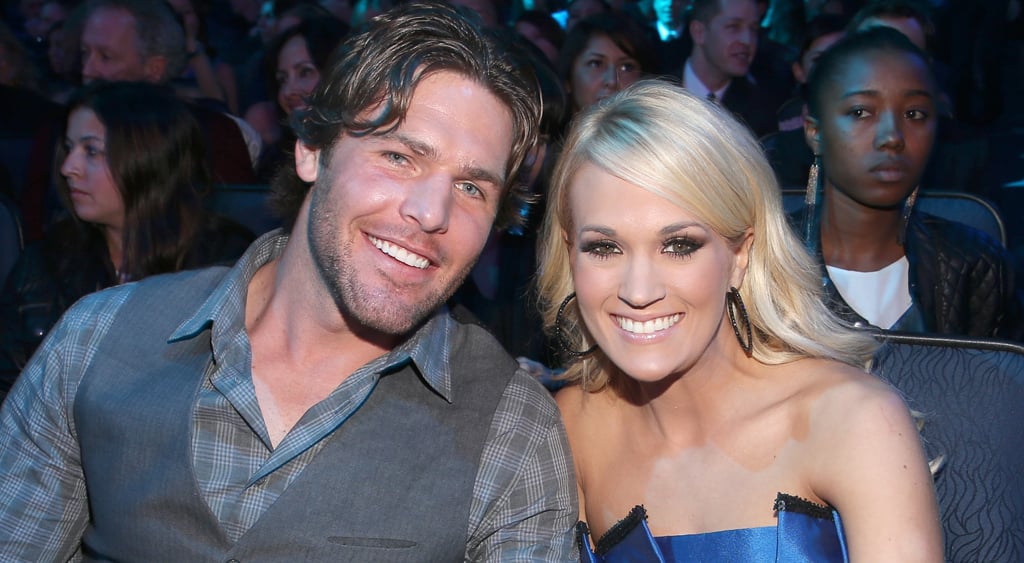 During the CMA Awards, Carrie Underwood revealed that she and her husband, Mike Fisher, are expecting a baby boy! The gender news came out while Carrie was joking around with her cohost, Brad Paisley. After Brad begged Carrie to tell him the baby's gender, she whispered something in his ear, and later, as they were introducing Garth Brooks, Brad said, "We could name him Garth." Carrie seemed to be in on the joke, saying, "You gotta be kidding me. You kept that secret for a whole two minutes." Backstage, Brad snapped a selfie with Garth, tweeting, "Lil' Garth Fisher. Just sayin' #bradblewit."

Carrie first announced her pregnancy back in September. The country singer took to Twitter to say that she's expecting a baby, writing, "In honor of 'Labor' Day...Ace & Penny would like to make an announcement. Their parents couldn't be happier!" The snap shows Carrie sitting in a chair with her dogs, who don little outfits that say, "I'm going to be a big brother" and "I'm going to be a big sister." The pregnancy news came just a couple months after they celebrated their fourth wedding anniversary. This will be the first child for Carrie and Mike.

In honor of "Labor" Day...Ace & Penny would like to make an announcement. Their parents couldn't be happier! pic.twitter.com/bROrzuHJ4J

Carrie's not the only star expecting — take a look at all the pregnant celebrities!