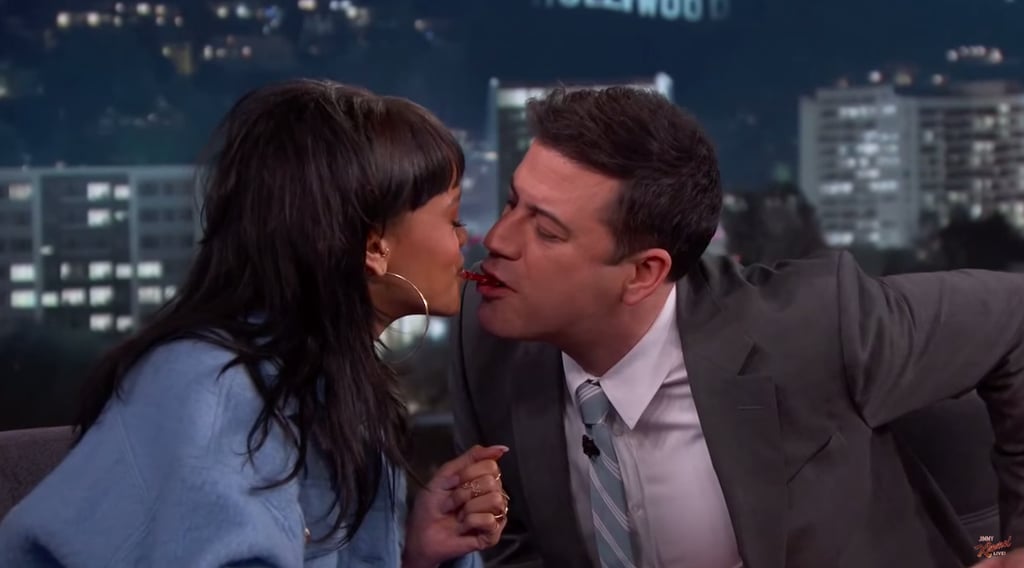 Is the #TwizzlerChallenge About to Take Over? See Which Stars Have Done It So Far

Hey, remember the ALS Ice Bucket Challenge? It was the philanthropic craze that likely took over your Facebook feed for the better part of last Summer, and loads of celebrities were getting in on it. Well, a new year brings a new social media trend, and this time, it involves Twizzlers. The #TwizzlerChallenge started in March during Comedy Central's Night of Too Many Stars, which works with the organization New York Collaborates For Autism; during the event, Orange Is the New Black star Uzo Aduba and Today's Willie Geist shared a Lady and the Tramp-style kiss with a Twizzler, and other celebs soon followed suit. The rules are similar to the Ice Bucket Challenge in that you share a video of yourself via social media and nominate friends (or frenemies), who can then choose to either do the stunt or donate to NYC4A, which funds and creates schools, programs, and services for people with autism across the nation. April also happens to be Autism Awareness Month, and Rihanna and Jimmy Kimmel kicked things off with their intimate kiss on an episode of his show that aired this week.

Willie Geist has since re-created his Twizzler kiss with Meredith Vieira, while his Today show costars Kathie Lee Gifford and Matt Lauer really went for it during the show . Days later, Girls stars Lena Dunham and Allison Williams got in on the fun before nominating Scandal's Guillermo Diaz and Katie Lowes, who happily took the challenge while on set. Listen, we love the #TwizzlerChallenge: the guidelines are clear, it's bringing awareness to a great cause, and you get to eat! But the act can easily become awkward if you don't necessarily want to kiss the person you were nominated with — or if you're more of a Red Vines person. Keep reading to see the stars that have done the #TwizzlerChallenge so far, and stay tuned to find out if it becomes as huge of a phenomenon as last year's ice bucket craziness.

Celebrity Instagrams
Excuse Me For Staring, but Is That a New Tattoo on Megan Fox's Rib Cage in Her New Skims Ad?
by Chanel Vargas 6 hours ago