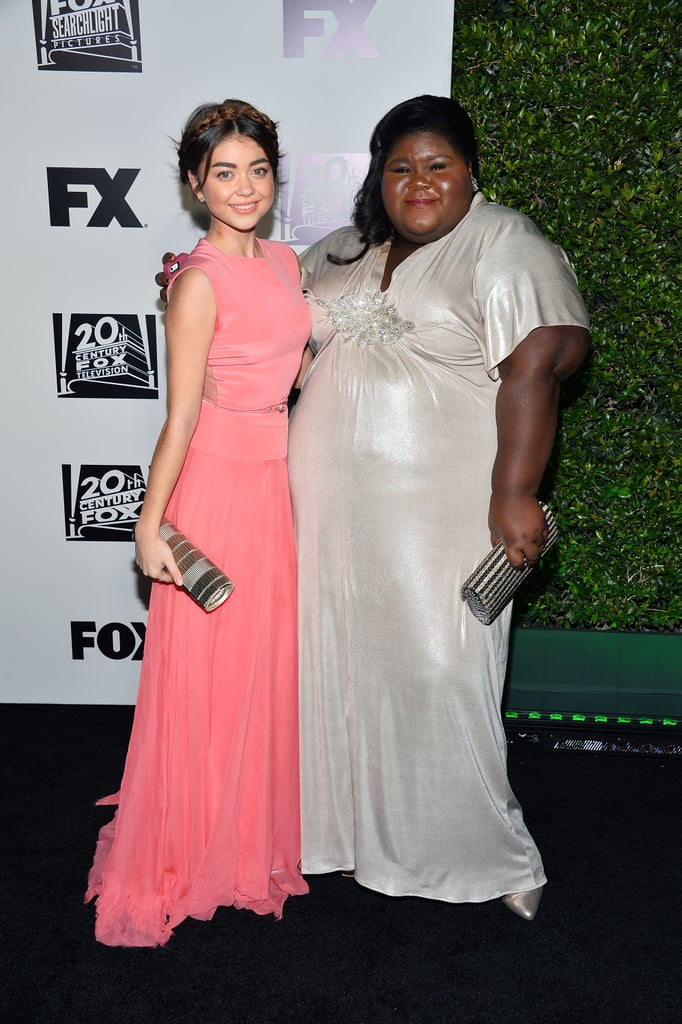 The Golden Globes honor television and film, bringing some of our favorite stars together. Though there's plenty of excitement during the ceremony, it's at the afterparties that the stars really let loose, and FOX/FX's big post-Globes bash was no different. Modern Family's Sarah Hyland and American Horror Story's Gabourey Sidibe posed together before Gabby turned to high-five her own costar Taissa Farmiga, and Sarah and her costars all gathered for a pic. Jesse Tyler Ferguson and his husband, Justin Mikita, grabbed The Office star Ellie Kemper for a sweet photo, the Brooklyn Nine-Nine cast got silly, Emma Roberts showed off her engagement ring, and Michelle Dockery and Benedict Cumberbatch waltzed in to add some British flair. See all of the fun when you keep scrolling, and if you missed any of the winners, check 'em out here.