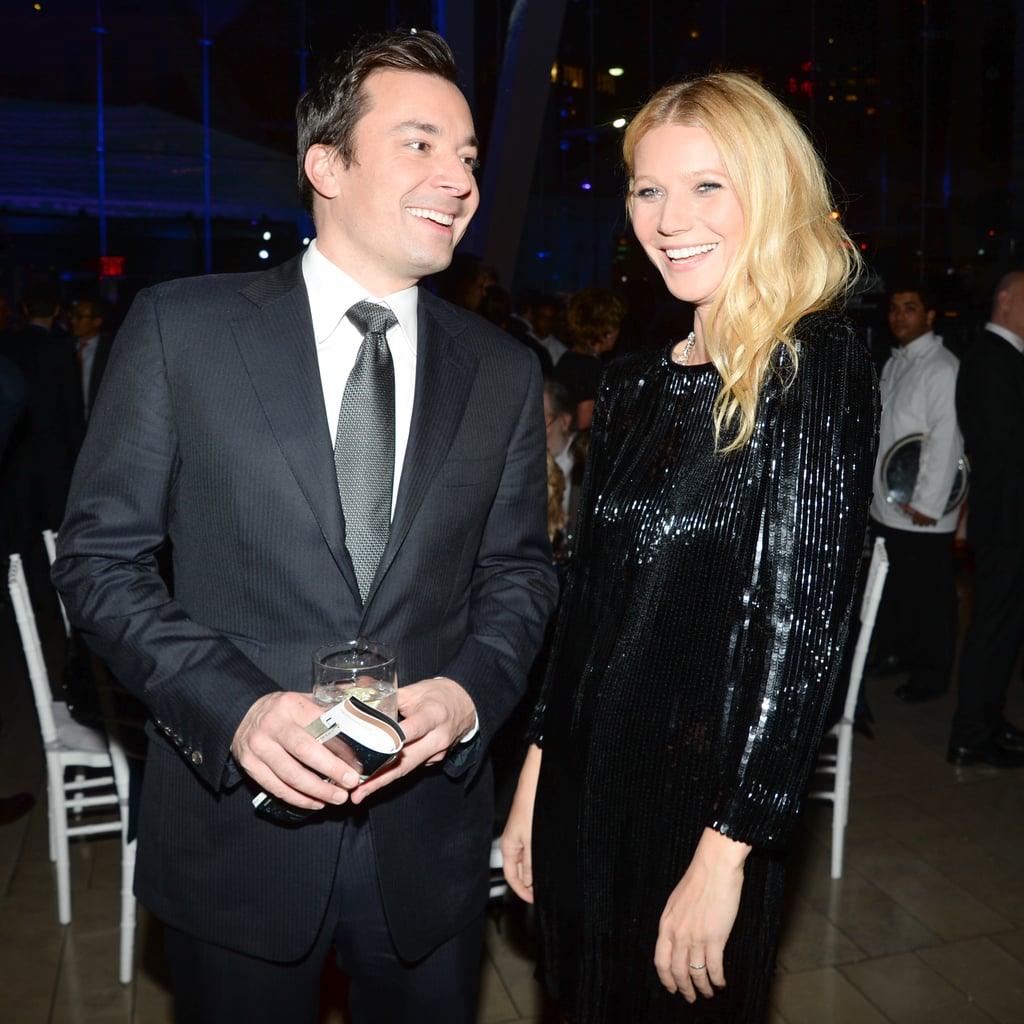 No, there wasn't an award show last night, but that didn't stop some of Hollywood's biggest names from gathering in NYC on Monday to celebrate an old friend. Gwyneth Paltrow, Reese Witherspoon, Anne Hathaway, and Sarah Jessica Parker were just a few of the boldface names who attended the American Songbook charity gala at Lincoln Center, where they, and a slew of other stars from stage and screen, honored talent agent Bryan Lourd with a night of fundraising and singing. While SJP and Anne entertained the audience, Gwyneth purposefully avoided having to belt out a tune, saying, "I'm not singing in this crowd." Instead she hung out with Glee creator Ryan Murphy, Jimmy Fallon, and Reese.

Reese and Gwyneth are continuing to run into each other during the event-heavy months of award season. The two actresses were the golden girls of the Stand Up to Cancer event in Hollywood less than two weeks ago. Before that, they both made an appearance at the 2014 Golden Globes, although Gwyneth kept a low profile while Reese got to have fun with a gag involving Julia Louis-Dreyfus.