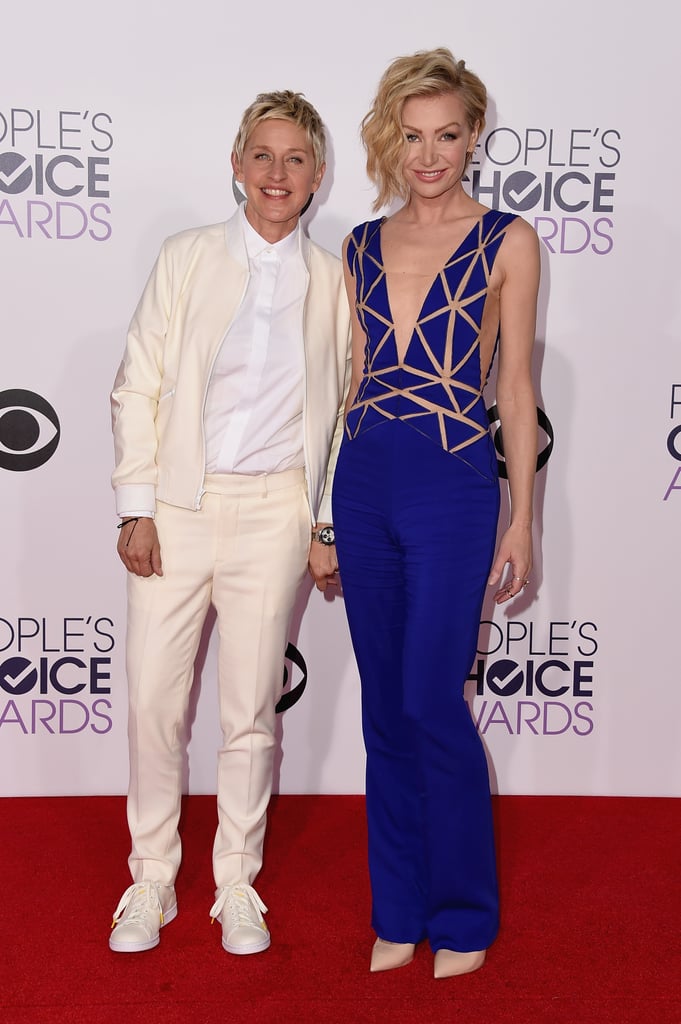 Celebrities hit the red carpet in LA on Wednesday to kick off award season with the People's Choice Awards! Ellen DeGeneres and Portia de Rossi were among the early arrivals at Nokia Theater, and Kristen Bell made a gorgeous appearance with Dax Shepard. Anna Faris and Allison Janney hosted the show, and Anna's husband, Chris Pratt, made a memorable cameo at the start of the show. See all the celebrities on the red carpet, including their glamorous outfits, and then check out the moments you didn't see on TV!