Robert Downey Jr. celebrated his 50th birthday with a star-studded bash in Santa Monica on Saturday. Robert and his wife, Susan, and a group of A-list friends gathered at the historic Barker Hangar to enjoy cocktails and live music, including a performance by Duran Duran, in the actor's honor. Gwyneth Paltrow arrived with her rumored boyfriend, Glee producer Brad Falchuk, while Reese Witherspoon and her husband and Gwen Stefani and Gavin Rossdale were also in attendance. Orlando Bloom, Jason Bateman, and Justin Theroux were seen greeting each other outside, while Jennifer Aniston came with a gift bag in hand. Katie Holmes also made an appearance, as did Jeremy Renner, Tobey Maguire and his wife, Jennifer, and Jack Osbourne and his pregnant wife, Lisa. RDJ later took to Facebook to share his gratitude, writing, "Dear Mother Nature, Thank you for 50 years of loving tolerance..." The guest list included many of the same stars who attended Robert's wife Susan's 40th birthday celebration in the San Francisco Bay Area in November 2013. 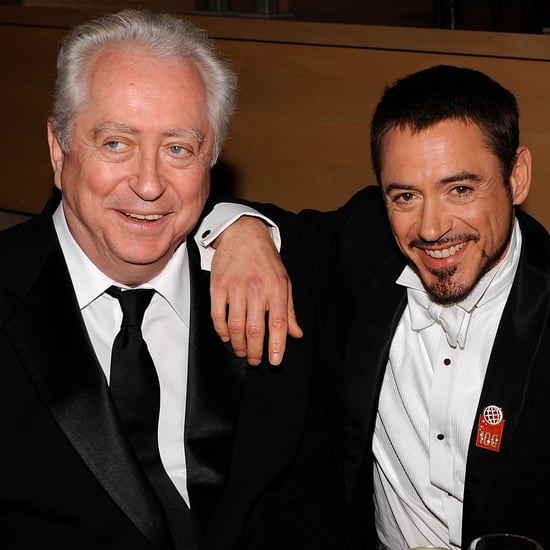 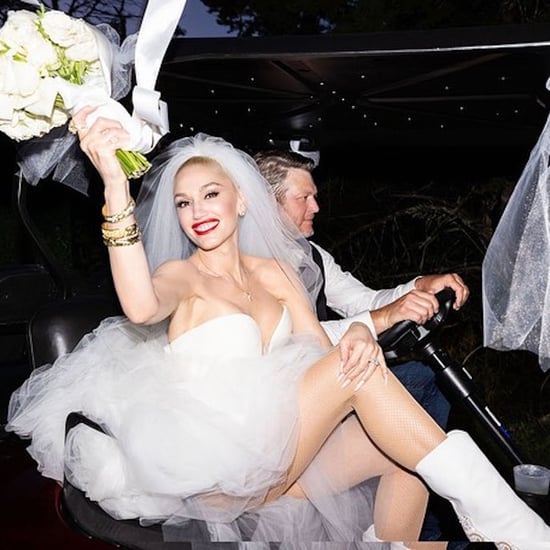 Celebrity Couples
If This Is Gwen Stefani's Wedding Band, It's Certainly For the Coolest of Brides
by Sarah Wasilak 6/14