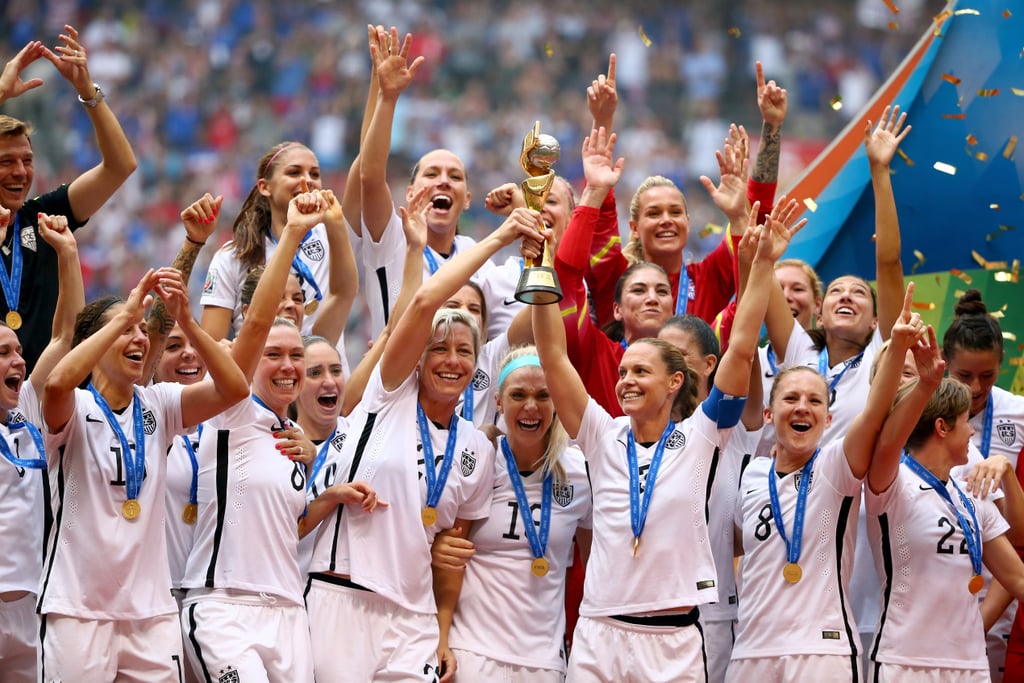 The US women's soccer team won the FIFA Women's World Cup final in Vancouver, British Columbia, Canada, on Sunday, beating Japan with a score of 5-2. The victory, which marked a record third World Cup title for the US women's national team, gave the country an extra reason to celebrate over the Fourth of July weekend, including some of Hollywood's biggest celebrities. Stars like Justin Timberlake, Beyoncé, Fergie, Sophia Bush, and Michelle Obama all took to social media to congratulate the women on their incredible win. Chad Michael Murray even gave a special shout-out to team captain Carli Lloyd, who scored three goals in the first 16 minutes of the game, setting a record for the fastest goal. She is also the first woman to score a hat trick in the World Cup final and the third American woman to score a hat trick in any World Cup match. Keep reading to see some of the best celebrity reactions, then check out how other celebrities celebrated America this weekend.

by Tara Block 54 minutes ago

by Jennifer Fields 8 hours ago