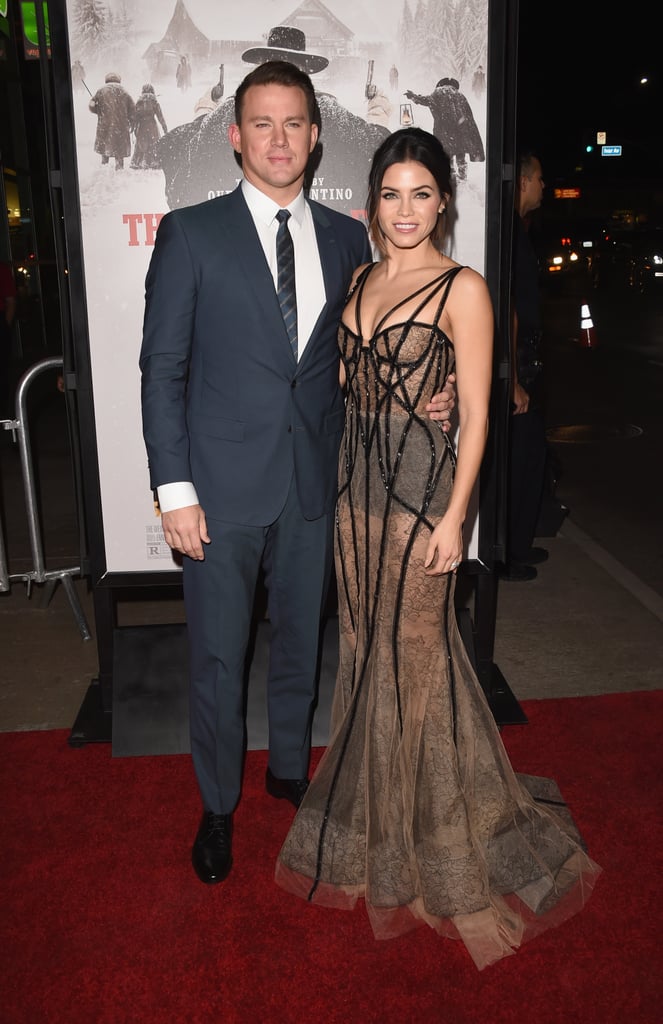 Jenna Dewan Tatum was on hand to support her handsome husband, Channing Tatum, at the LA premiere of his new film The Hateful Eight on Monday night. The couple sizzled together on the red carpet and were joined by the rest of the movie's cast, which included Samuel L. Jackson, Kurt Russell — who was accompanied by his other half, Goldie Hawn — and the film's director, Quentin Tarantino.

Channing was the topic of conversation recently during Alex Pettyfer's interview on writer Bret Easton Ellis's podcast, B.E.E. Alex opened up about his falling out with the Magic Mike XXL actor, saying, "Channing Tatum does not like me — and for many reasons [and] many being my own fault," adding that things got off to a rocky start because he refused to talk to anyone on set. Read on to see more of Channing and Jenna's sexy night out, and then check out the trailer for The Hateful Eight, which hits theaters on Christmas Day.