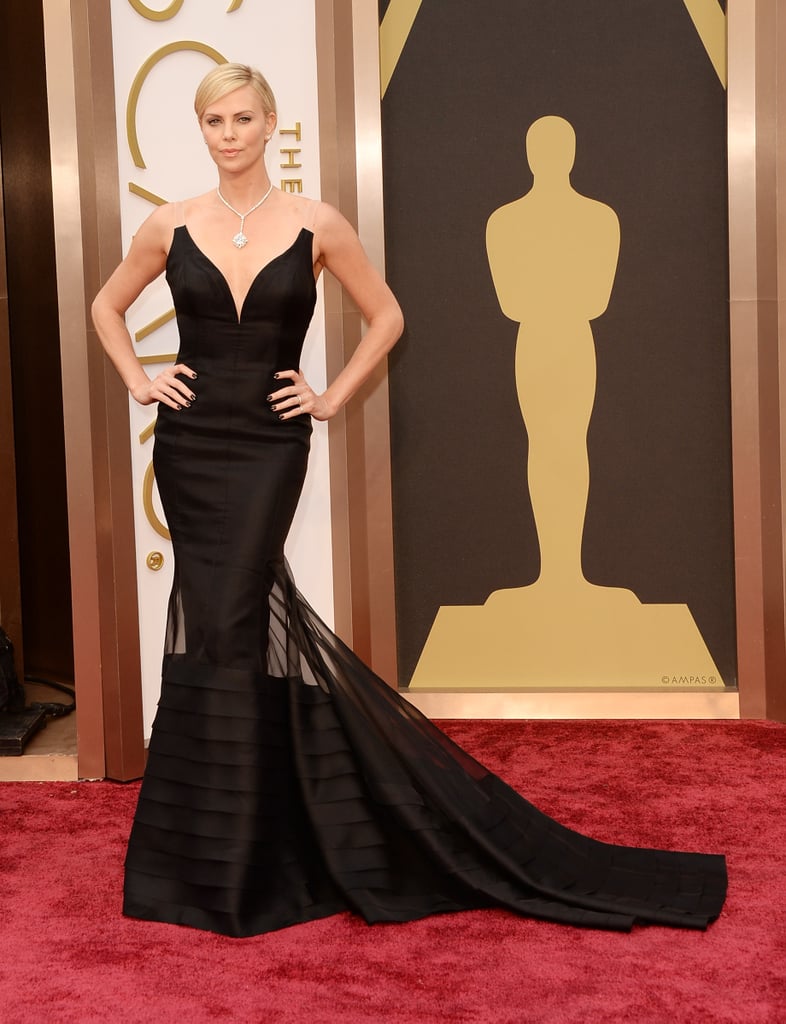 Charlize Theron looked as beautiful as ever when she arrived at the 2014 Oscars wearing a sexy black gown in LA on Sunday. The actress isn't nominated for any awards, but she is slated to present an award during the show. Charlize is no stranger to the Oscars, having performed with Channing Tatum at the show last year and nabbing the best actress award in 2004 for Monster. She was also nominated for best actress in 2006 for her role in North Country.

Keep reading for more photos of Charlize, and vote for her look in our fashion and beauty polls!