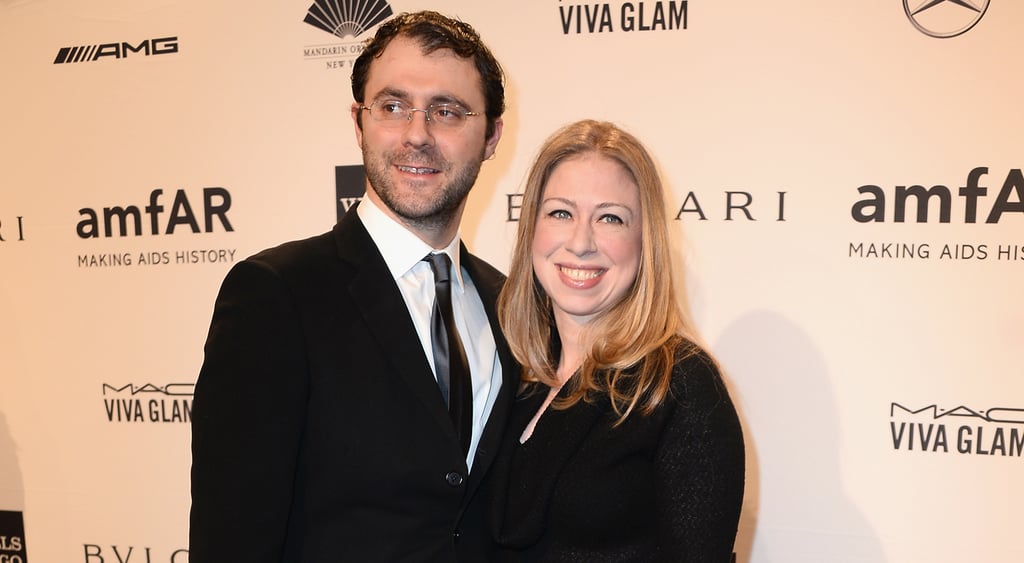 Chelsea Clinton has given birth! The daughter of former President Bill Clinton and former Secretary of State Hillary Clinton shared the news of her daughter's birth on Twitter on Saturday night. She wrote," "[Husband] Marc [Mezvinsky] and I are full of love, awe and gratitude as we celebrate the birth of our daughter, Charlotte Clinton Mezvinsky." This marks Chelsea and Marc's first child and Hillary and Bill's first grandchild, which they have both been vocal about wanting. Chelsea married investment banker Marc in July 2010, after five years of dating. They announced that they were expecting their first child in April during an event at the Lower Eastside Girls Club in NYC. Chelsea has been hard at work throughout her pregnancy and even made an appearance at Clinton Global Initiative's 10th Annual Meeting earlier this week.

Bill was the first to share a photo of Charlotte on Saturday afternoon when he posted a snap of himself and Hillary playing with their new granddaughter.

Charlotte, your grandmother @HillaryClinton and I couldn’t be happier! pic.twitter.com/omu6ncg54e

At 7:03 PM on September 26th, we finally met Charlotte. We're in love. pic.twitter.com/9ZCkoa6BPU