When trumpet player Chris Botti performed the National Anthem at MetLife Stadium on Monday, people became emotional — especially Indianapolis Colts player Reggie Wayne, who cried as Botti played. The performance came during Monday Night Football as the Colts played the New York Giants, and fans quickly took to social media to congratulate Botti on his incredible rendition of the song. He's a Grammy-winning musician, and it's safe to say he left quite an impression on the crowd, the players, and fans watching at home. Check out the beautiful performance above, then watch more must-see viral videos. 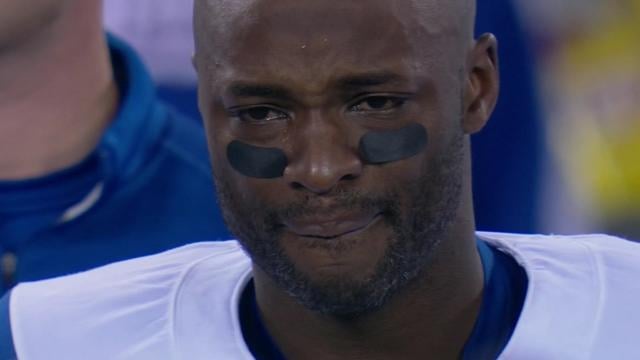 Viral VideosNews
Around The Web

Little Kids
This TikTok Creator Has 74 Videos Quizzing Preschoolers, and Every Single One Is Gold
by Kelsey Garcia 5 hours ago

Animal Videos
This Woman Captures All the Activities Her Cats Do With Their Dad, and Talk About FOMO
by Murphy Moroney 9 hours ago

Little Kids
This Mom's Empty Plate Prank Backfires on Her Toddler — Have You Ever Met a More Polite Kid?
by Yerin Kim 1 week ago