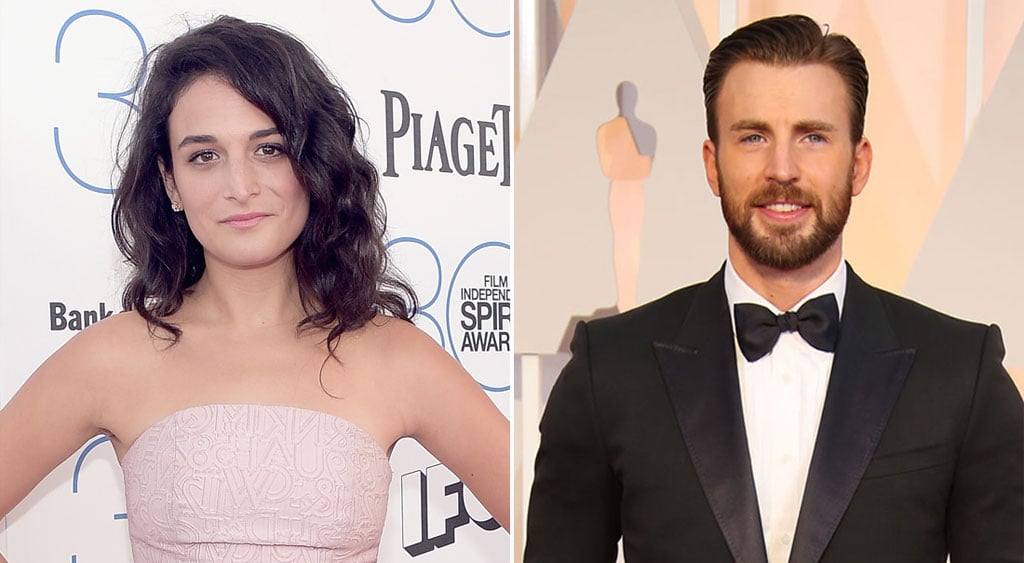 Chris Evans is officially off the market! The Captain America: Civil War actor is dating actress and comedian Jenny Slate, Us Weekly is reporting. Chris and Jenny, who star together in the upcoming film Gifted, went on a double date with Chris's brother, Scott Evans, in Hollywood in March. The two also appeared on Anna Faris's podcast, Unqualified, together in April.

During their interview, Jenny admitted that she wasn't sure what to expect when she first met Chris, saying, "I was a little scared because I kind of felt like, 'Well, I don't know him. He's a giant man with huge muscles and he's Captain America. How could we ever connect?' [But the] first night that we hung out I was like, 'Wow, I could hang out with Chris for like 90 hours.'" News broke in April that Jenny and her husband, Dean Fleischer-Camp, were splitting after nearly four years of marriage, while Chris has been linked to a few gorgeous Hollywood ladies in the past. Congrats to the happy couple!